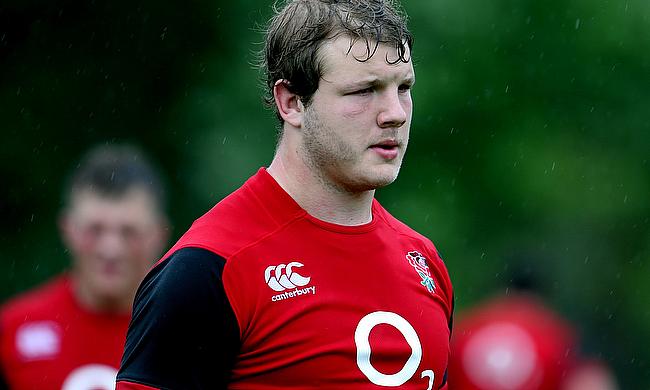 Joe Launchbury will still captain England in the years ahead despite Eddie Jones naming Dylan Hartley his new skipper, according to Dai Young.

Wasps boss Young tipped lock Launchbury as a future captain for club and country, even though the 24-year-old has missed out with England opting for Northampton hooker Hartley.

New England head coach Jones has backed Hartley to the hilt in challenging him to lead the RBS 6 Nations assault despite a career suspensions tally totalling 54 weeks.

Launchbury was among the front-runners to replace Chris Robshaw as captain after England's World Cup failings, but Young believes he could yet benefit from more time to hone his trade while out of the spotlight.

"We definitely see Joe as a future captain for Wasps and I'm sure that would help him in his quest to one day be England captain," Young told Press Association Sport of Launchbury.

"I'm sure that will come to him one day, that he will lead England, but from his point of view it's not something that Joe would be worried about.

"But certainly from our point of view we see him as a future captain here."

Launchbury, Courtney Lawes and George Kruis will battle it out for the two second-row berths in the Six Nations opener in Scotland on Saturday, February 6.

Young believes Launchbury already boasts many of the qualities required for Test leadership - but expects England's 28-cap mainstay to continue to fine-tune that craft.

"The more experience he picks up, the more confident he is in displaying his leadership qualities.

"And we are pushing him in that direction."