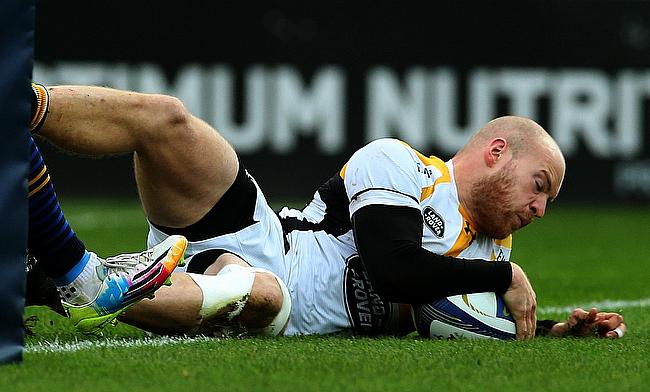 Simpson will miss "four to six weeks as a minimum" after suffering a significant ankle problem in Saturday's 51-10 Champions Cup victory over Leinster.

England coach Eddie Jones selected just Danny Care and Ben Youngs as recognised scrum-halves in his Six Nations squad, which left Wasps boss Young hopeful Simpson could be drafted in during the tournament.

Wasps rugby director Young felt Simpson could have offered injury cover to Care and Youngs, but now accepts his player's own ankle issue could prove decisive on his short-term Test ambitions.

"Joe's ankle is quite swollen so the scan didn't give us as much information as we'd have liked," Young told Press Association Sport.

"It's safe to say he's probably looking at four to six weeks as a minimum.

"If the surgeon feels he needs an operation then it could be a little bit longer."

Young had tipped Simpson to make England's World Cup squad in the autumn, only for a knee injury to deny him the chance to fight for selection.

Simpson still has just one cap to his name, at the 2011 World Cup, but Young believes the 27-year-old's time can still lie ahead of him.

England will start their Six Nations campaign against Scotland in Edinburgh on Saturday, February 6, with Young now lamenting another untimely injury for his highly-rated scrum-half.

"You just can't help but feel sorry for him because he always seems to pick up an injury at the wrong time," said Young, of Simpson's latest setback.

"He was disappointed obviously not to be in the squad, but you can see there were only two nines in there, so the likelihood of going through this whole campaign with two nines was probably remote.

"So I'd like to believe he would have been the next cab off the rank.

"I believe he would have had some involvement, so hopefully he could be back in four to six weeks so it doesn't rule him out.

"Anything longer than that and he'd have to be aiming for the tour at the end of the year.

"It's very similar to his situation before the World Cup really, but I'm sure his time will come."