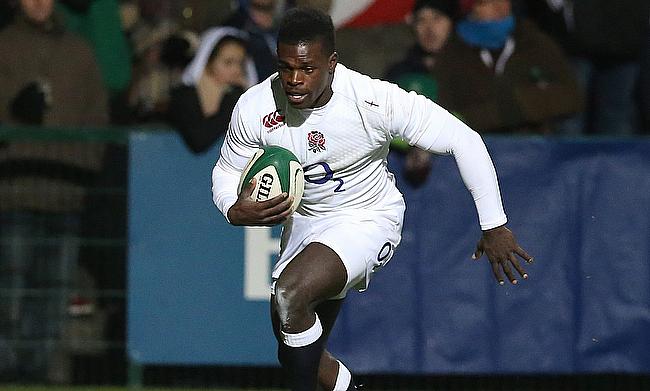 Club bosses and the Aviva Premiership's governing body have offered assurances they will allow their British stars the chance to compete at the Rio 2016 games.

Wade has admitted he is unsure of the selection criteria and Great Britain are yet to finalise their plans, but Wasps have stressed they will not bar players from Olympic action.

"No one from GB 7s has approached the club asking if Christian Wade, or any other player, is available to represent GB 7s at the Olympic Games," read a Wasps statement.

"Wasps have always been, and remain, incredibly supportive of our players representing their respective countries, the highest honour any player could achieve.

"This can be seen not only from players released for England, but also Wales, Scotland, Samoa and Italy in the current season.

"There isn't a tradition of Premiership stars playing in the Sevens World Series. Those squads are made up of professional Sevens players who play Sevens week in, week out, who are employed by the RFU.

"However, the Olympic Games Sevens' competition is covered by World Rugby's Regulation 9 regarding international player release.

"As such, selected players for any nation will be released for the event in accordance with the regulations.

"Our understanding is this covers the 21-day-period leading up to and including the Olympics, but not prior to this. This is Premiership Rugby policy, agreed unanimously by all clubs."

The Rugby Football Union's (RFU) Joe Lydon will oversee the Great Britain programme as performance manager, with a head coach yet to be installed.

The criteria for Great Britain selection may include participation in build-up tournaments, but that is yet to be finalised.

Wasps' statement indicates the Ricoh Arena club will wait for further developments on selection processes from Great Britain, but have no intention of denying their top stars a path to Rio next summer.

Aviva Premiership governing body Premiership Rugby have also moved to confirm they will not deny top stars a shot at Olympic glory.

"As such, selected players for any nation from any of our 12 clubs will be released for the event in accordance with the regulation".