Wasps consolidate position at top after 40-33 win over Worcester 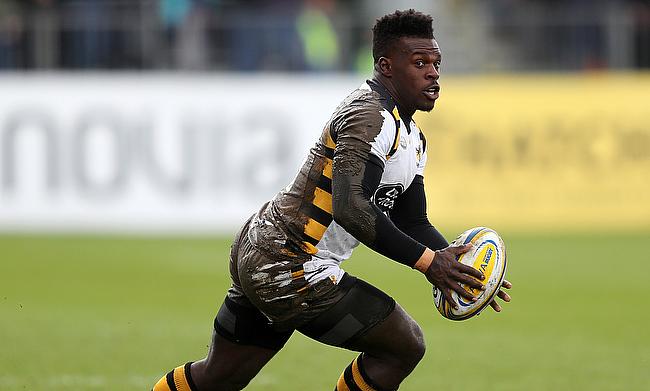 Christian Wade scored a double as Wasps resisted a late fightback from a 14-men Worcester Warriors to consolidate their position at the top of the Aviva Premiership table at Ricoh Arena on Sunday.

Wing Bryce Heem got Worcester Warriors off the mark with a fourth minute try but Wasps replied back with a try each from lock Will Rowlands and Wade to take them seven points ahead. The scores were levelled when Josh Adams crossed over for the visitors followed by a conversion from Ryan Mills.

A second try from Adams and conversion from Mills helped Worcester Warriors gained a lead of seven points but once again Wade responded back with his second touchdown in the game with Jimmy Gopperth's conversion helping Wasps level the scores at half-time.

However, Worcester Warriors were in deep trouble when Heem was sent-off for a tackle on Willie le Roux and the visitors were left with 14-men for most part of the second half.

This was capitalised by Wasps as they scored three tries between 53rd and 72nd minute with Alapati Leiua, Josh Bassett and Brendan Macken being the scorers. Gopperth added conversion on two occasions while Danny Cipriani added the extras on the third try to take Wasps to 40-19 lead.

Just it looked like another comfortable win for Dai Young's men, replacement Matt Mullan's sin-bin in the 73rd minute put them in a spot of bother as Biyi Alo and Jackson Willison strolled past the post in the 76th and 79th minute but in the end succumbed to a seven point defeat.

Wasps now have 69 points from 18 games while Worcester Warriors are at 11th with 26 points.