Warriors fight back to stun Exeter 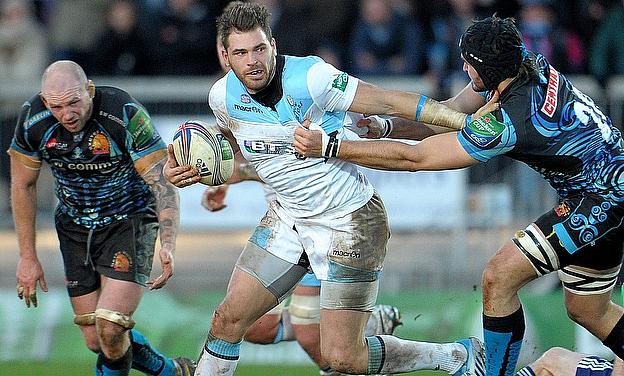 Glasgow Warriors came back from 10-0 down to win at Exeter and climb off the foot of Heineken Cup Pool Two.

The Warriors' 15-10 victory completes a treble over the Chiefs having won the home tie 20-16 in October and achieved a 29-26 pre-season friendly at Sandy Park.

It sets up an interesting final pool tie for against Toulon at Scotstoun for the Warriors, who can still pip Cardiff Blues for second place.

Exeter, who slip to the foot of the table, retained just five players - James Hanks, Tom Johnson, Dave Lewis, Henry Slade and Luke Arscott, who led the Chiefs - from the side that slipped to a narrow 19-16 to Wasps in the Aviva Premiership match at Adams Park last weekend.

Warriors head coach Gregor Townsend named the same team that had been due to face Edinburgh in the second leg of 1872 Cup, a match postponed on New Year's Day due to a waterlogged Scotstoun pitch.

Fly-half Slade slotted over a 20-metre penalty in the third minute to get the home side moving, and elementary handling errors scuppered the Warriors' hopes of hitting straight back.

Exeter increased their lead after a period of pinning back the Warriors on their own line, which resulted in wing Fetu'u Vainikolo burrowing through a mass of players to cross the whitewash under the posts.

Yet the Warriors hit back immediately.

The visitors took advantage of the Chiefs having two players receiving treatment to create an overlap out wide, with Scotland and Lions wing Sean Maitland crossing in the left corner to hand the visitors their first points.

With five minutes of the half remaining the Chiefs defence was tested and breached when Scotland wing Sean Lamont, returning after being sidelined for six weeks with an ankle injury, dotted the ball down in the right corner.

British Lions full back Stuart Hogg added the touchline conversion to put the Warriors ahead for the first time at 12-10, an advantage they took into the interval.

Glasgow started the second period with clear intent, pinning the Chiefs back inside their own 22, and the visitors were rewarded with Hogg landing a 20-metre penalty to increase their lead.

The Chiefs had an opportunity to reduce the arrears minutes later but Slade's long-range penalty attempt drifted just left of the uprights.

Glasgow tried to run the clock down in the late stages while the Chiefs kept searching for more than a losing bonus point, but again the home side were penalised for holding on at the tackle five metres from the line as the match slipped away from them.