Ollie Thorley: “I feel lucky to have played for my country” 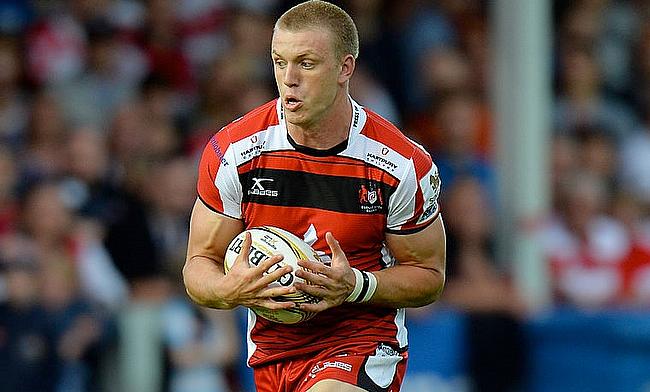 The dynamic back talks about his time at Chetlenham College, his difficult choice, his Gloucester debut and life as an England U20 international.

Ollie Thorley may have started his career at Gloucester and made it into the current England U20’s set-up, but his eye-catching rise on the field has only just begun.

“I was never fazed by stepping out at Kingsholm. I just thought it was another game of rugby and I just had to stay focused the minute the game began. I didn’t know many of the calls but he and the rest of the team were great with me and I settled in well.”

Thorley is remembering his baptism as a professional rugby player for Gloucester and the moment he was playing alongside a World Cup winner. Mike Tindall was part of the England team that lifted the Webb Ellis Trophy 16 years ago (when Thorley was just six years-old) and it was Tindall who helped guide the young back through his debut on November 10 2013. It might be fair to say Thorley was plunged into the deep end against Northampton due to his lack of professional playing experience, but he just got on with the task in hand.

“It was just like a typical game for me, just 80 minutes of rugby which I had to perform my best in,” says Thorley. And as the game progressed, the signs were there for all to see that Thorley had what it took to progress further in the game after he had excelled. “I thought I performed quite well and it was fantastic to play with the likes of Mike Tindall and Freddie Burns who I have always watched,” he says. Thorley, who was in lower sixth at time, has not looked back since that day.

Speaking before Thorley flew out to Italy for this weekend’s U20 Six Nations clash, you get the sense that he is one of those guys that has the character to adapt and rise to the biggest of challenges. On that debut for Gloucester, he had answered all the questions thrown at him. He also became the youngster ever player to represent Gloucester at 17 years and 56 days  as he beat the mark set by Billy Burns, brother of Freddie, by 71 days.

Thorley still holds that record and remains the youngster try scorer for the Cherry and Whites in their history. He has played two more LV=Cup games and was involved in the Singha 7s tournament since making his debut and has been in the Gloucester squads for their European games this term.

But there was a sense that rugby was not always on the cards for Thorley. During his school days at Cheltenham College, the impressively talent Thorley refused to be dragged into one sport so young. Rowing, hockey, swimming and rugby is where Thorley shone which is a gift many young athletes just don’t have. However, rugby seemed to be always at the top of his agenda.

“I had a number of sports to choose from,” Thorley says. “I held a national record in rowing and before that, swimming was my main sport before hockey came along! I have always been lucky to be an able sportsman, but rugby was always top of the list because it was the one I enjoyed and had enjoyed the most since I started playing it. Not necessarily the game, but the people I have worked with and everything that comes with playing rugby.”

Thorley has emerged as one of the select few which signify young English rugby players which I have spoken to thus far; ego-free, grounded and hungry for more. Just last summer, Thorley completed his A-Levels and moved into full time rugby with Gloucester and with him already having a taste of what it is like to play for a Premiership side, Thorley is eager to push on from what he has already achieved.

It is clear Gloucester see the qualities which Thorley has, but so far he has not broken into the first time just yet at Kingsholm. This of course does not create uncertainty about his future with the club as he is still so young. Added to that, the fact that he has constantly improved for England, shows that Thorley is capable of making the next step in his club career.

The dynamic back has been involved with the England U18s before making his first appearance for the U20s side last week in the opening game of the Six Nations against Scotland (which England did lose 24-6), but Thorley just feels “lucky” to have appeared for his country at both levels.

“I don’t think it matters what age you are playing at” Thorley says. “To represent your country is incredible. I was injured a lot with the U18s, but I am glad to get a chance at U20 level. It is great to be getting game time at this level and to play for England is unlike playing for anyone else. It is a privilege.”

“Of course it was a proud moment for me to make by debut last week, but I am not a good loser! On a personal note, it was fantastic for me to step out for England, not only for me, but for my coaches which have helped me from my mini and junior days at Stowe and at school too and I feel like I have done them justice because of the time they put in with me”

Thorley speaks with a maturity that belies his 19 years but it is because he has achieved so much in the game already. Now, the next chapter for him are the remaining games in the Six Nations before preparing for the Junior World Cup in Manchester this summer. Thorley’s path to this point in his career has been a short, but an immensely successful one and when he looks ahead, there is only excitement and optimism on the horizon.

“The precedent has been set quite highly by the U20 squad because of the success they have had over the last few years so there is pressure on us a team, says Thorley. “But it’s all about staying focused. We didn’t have the best week in Scotland last Friday, but I am still confident that we can put that right in the next four games starting with Italy this weekend.”