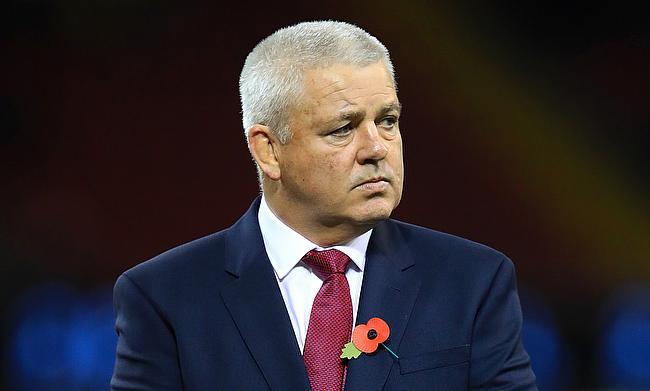 Wales head coach Warren Gatland has backed England to win the World Cup final against South Africa that will kick-off in Yokohama on Saturday.

South Africa will be heading into the final brimming with confidence after winning the Rugby Championship title earlier this year and went on to win three out of their four group games in the World Cup apart from quarter-final and semi-final wins over Japan and France respectively.

The Springboks also enjoyed a 2-1 series win over England at home in summer last year but lost the November series clash against the red rose team at Twickenham Stadium.

Expecting a close encounter this weekend, Gatland hopes for an England victory.

"I think it will be a great final with two physical teams, and I hope a northern hemisphere team can win the World Cup," he said.

"There are a lot of players there who I've been fortunate to have had personal contact with through the [British and Irish] Lions, and I want to wish them all the best."

Earlier, Jones responded to a jibe from Gatland after the latter stated that England might be complacent in the final following their semi-final win over the All Blacks.

Reacting to Jones' response, Gatland cited the example of the 2011 World Cup when New Zealand were pushed hard by France in the final following a win over Australia in the semi-final.

"I was reflecting on the experiences I've seen in the past," Gatland said.

"I was thinking about 2011 and the All Blacks. They had a big game against Australia in the semi-final, and they maybe looked at that as their final.

"They played France in the final and it was probably a game they thought they could potentially win comfortably. It ended up being a very tight game.

"I thought England were excellent against the All Blacks - it was the best I've seen England play in the last 10 years. I thought they were outstanding."

Wales will sign-off from the 2019 World Cup with a bronze medal game against New Zealand in Tokyo on Friday.