Wales wait on George North's fitness ahead of autumn internationals 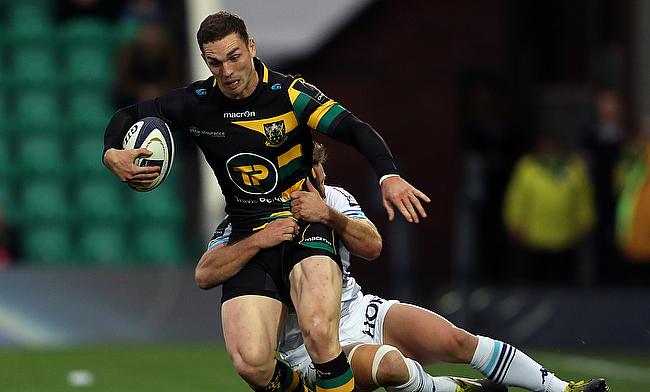 Wales are hopeful George North will prove his fitness for the autumn opener against Australia by playing for Northampton Saints on Friday.
©PA

Wales will be desperately hoping for wing George North to prove his fitness when he plays for Northampton Saints in the upcoming Aviva Premiership clash.

The 24-year-old is battling a hand injury which he sustained in last weekend's European Champions Cup game against Castres.

Wales forwards coach Robin McBryde revealed that the team management is in constant touch with Jim Mallinder's men on assessing the fitness of North.

"We're in dialogue with the Saints and he (North) is working hard to be fit for the weekend," McBryde said.

Apart from North, Scarlets trio Liam Williams, Jake Ball and Scott Williams are also under doubt after their respective injuries. Liam and Ball are suffering from ankle and rib injuries respectively which they sustained in Saturday's European Champions Cup game against Saracens while Scott withdrew himself ahead of the match due to discomfort in the ankle.

McBryde stated that the trio are still in contention to play the Test against Wallabies.

"Liam hasn't been ruled out of the Australia match yet, we're working hard with the medics to see how he reacts to that," McBryde said.

"The same goes for Jake with his rib injury. It's pretty sore and it's quite hard to determine how long they're going to take.

"The same can be said for Scott but he's back running and training."

Bath number eight Taulupe Faletau is already ruled out of the Test against Australia but is likely to return for the clashes against Argentina, Japan and South Africa.

McBryde was also pleased with Premiership Rugby's decision to release the Wales players for the Australia Test despite it falling outside the international window announced by World Rugby.

"It's a positive," McBryde said. "It's great news for us because that means we can have a week's good preparation with players who will hopefully be involved in that first game.

"It also highlights that players are in the worst position, the tug of war that exists between international and club rugby.

"But anything to make a players' life any easier (is good).

"Everyone is aware we play a load of rugby and we have got one of the smallest playing bases.

"We've got to look after what we have and do that better than other countries who perhaps have got quite a bit of depth."