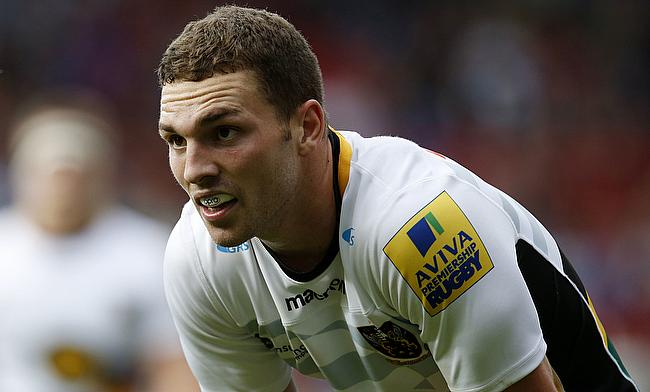 George North's participation for Wales in the November Test against Australia has become doubtful after Northampton Saints mulling against the release of the wing.

The policy of Aviva Premiership clubs does not allow non-England players to participate in Tests outside the international window provided by World Rugby.

With the Australian encounter falling outside the regular window, Northampton Saints are unlikely to release North. This will be a big blow for the Wales interim coach Rob Howley, who will be left with a depleted squad for the Test against Michael Cheika's men.

"George has got the same arrangement as the rest of our non-England internationals. They're playing in the international window.

"Our England internationals have an extra week, arranged through Premier Rugby.

"I've seen what's been in the press in terms of saying he is and Jamie Roberts is.

"(But) we've had no contact from the WRU (Welsh Rugby Union)."

Reports from Wales emerging that the WRU might negotiate with the Premiership Rugb directly rather than having separate conversations with individual clubs.

Wales are already scheduled to play Argentina, Japan and South Africa in November while their first game against Australia falls outside the three-week window as agreed between the Aviva Premiership clubs and the WRU. Saints were already fined £60,000 in 2013 for releasing North outside the window agreed and it is unlikely they might repeat it again.

Earlier, Howley said while announcing the squad that North and Harlequins centre Jamie Roberts have confirmed their availability for the Wallabies encounter which is scheduled to take place on 5th November.