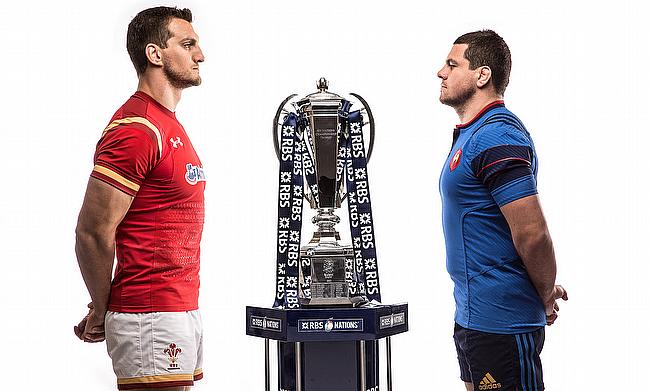 A looks at five things to potentially expect from the eagerly-awaited Principality Stadium encounter:

The shining light of Wales' draw against Ireland and victory over Scotland earlier this month was their work at scrum and line-out time. Young props Rob Evans and Samson Lee have proved outstanding scrummagers, while the line-out has been immaculate, although Wales will miss Luke Charteris' presence on Friday due to a knee injury. The French forwards will be confrontational and physical, but expect Wales to front up.

TAULUPE FALETAU WILL HAVE ANOTHER BIG GAME

It is almost taken as read these days that outstanding Wales number eight Faletau will deliver a mighty display. Much of his work goes unheralded, but in two games during this season's Six Nations he has made 33 tackles - and missed none. Wales skipper Sam Warburton recently described Faletau as being among the world's current best three number eights alongside New Zealand's Kieran Read and Italy skipper Sergio Parisse, and it is hard to disagree with him.

FRANCE STILL SEARCHING FOR AN IDENTITY

France have won their first two games under new head coach Guy Noves, who succeeded Philippe Saint-Andre following the 2015 World Cup, but only by a combined total of three points against Italy and Ireland. There are promising signs - notably the form of young fly-half Jules Plisson - but Les Bleus are currently finding their feet with Noves and are an early work in progress, suggesting that a vastly-experienced Wales team will be too strong.

WALES TO SEIZE THEIR CHANCE

Wales have won three Six Nations titles and two Grand Slams since Warren Gatland was appointed as head coach for the 2008 campaign. Victory over France would take them top of the table, with wins against England at Twickenham on March 12 and then Italy at home seven days later guaranteeing more silverware. It is a tough task, but Wales traditionally grow stronger as a campaing progresses, so it would be foolish to bet against them once more being crowned champions of Europe.

WILL FRIDAY NIGHT BE ALL RIGHT?

A stunning atmosphere is guaranteed under a closed Principality Stadium roof, but expect familar tales of travel woe from supporters faced with the most inhospitable time of an 8.05pm kick-off on a Friday. Undoubtedly, there will be snaking M4 tailbacks across the Severn Bridge and into England and train delays, but that seemingly comes with the territory. It is not fair on the fans, but that has never bothered the broadcasters.