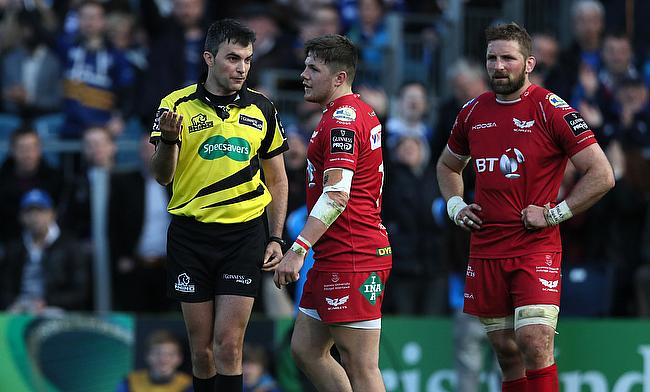 Scarlets have confirmed that Wales international Steff Evans has penned a new deal with the Pro 14 club.

Graduated from Scarlets Academy, Evans made his senior debut with the club in 2014 and has made 111 appearances since then scoring 46 tries.

Having represented Wales at Under 18, Under 20 and Sevens level, the 25-year-old's Test debut came against Tonga in 2017 and has featured in 19 games with his last appearance coming during the World Cup warm-up game against Ireland in August last year.

“I am loving my rugby here at the moment so it was an easy decision to stay with the Scarlets,” said Evans to the official website of the club.

“The coaches have built a great environment that all the players are buying into and there’s a real buzz about the place at the moment.

“This is my home region, I grew up watching the Scarlets and to have made more than a 100 appearances is an achievement I am hugely proud of.

“The squad here is as strong as it has been since I have been here and I really feel there are exciting times ahead.

“The boys have been playing some great rugby this season, we are still alive in two competitions and I am looking forward to playing my part in what should be an exciting few months to come.”

Scarlets are positioned second in Conference B table of Pro 14 with seven wins from 10 games while they will lock horns with Toulon in the first week of April in the quarter-final of the European Challenge Cup.