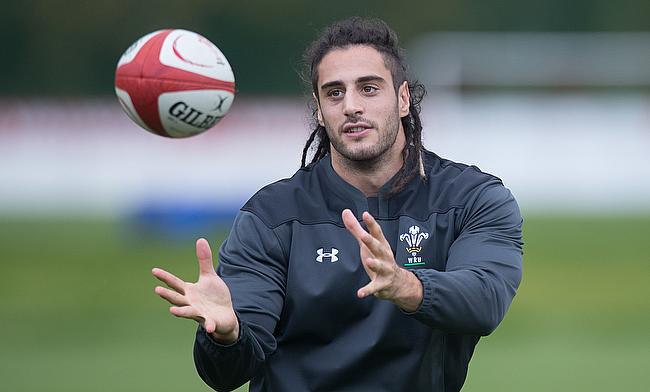 Josh Navidi has been with Cardiff Blues since 2010
©PA

Wales international Josh Navidi has committed his long-term future with Cardiff Blues after signing a new four-year contract with the Pro 14 club.

Navidi has been with Cardiff Blues since his professional rugby debut in 2010 and has made made 171 appearances for the province since then.

His consistent performances for the Blues earned him Wales debut in 2013 that came against Japan and has gone on to play 23 Tests. He also went on to make four appearances in the recently concluded World Cup campaign in Japan.

“I’m delighted to sign a new four-year deal at Cardiff Blues. This is my home team, I have played all of my professional rugby here and playing here has got me to where I am today," he told the official website of the club.

“I am really grateful to have the opportunity continue my time here and I’m hugely excited about the future.

“With the squad we are building, with so much young talent breaking through each year to challenge the more established players, I am confident we can start challenging for honours again.

“We have had a good month and are now competing in both the PRO14 and Europe and I just want to do everything I can to ensure we have a good 2020 and continue to build.”

Cardiff Blues head coach John Mulvihill expressed delight in retaining the services of Navidi for the next four years.

“He was still in contract but both Josh and the club were really keen to agree a new long-term deal and I’m delighted to have him here until 2024.

“He has consistently been one of Cardiff Blues’ best performers over the best part of a decade and he has now transferred that to the international stage, which is fantastic.

“He is Cardiff Blues through and through and is really excited about the future here and he has a huge part to play in that.

“On the pitch he is an absolute warrior, whether with or without the ball, he is a fantastic bloke off the pitch and a brilliant role model for our younger players.”