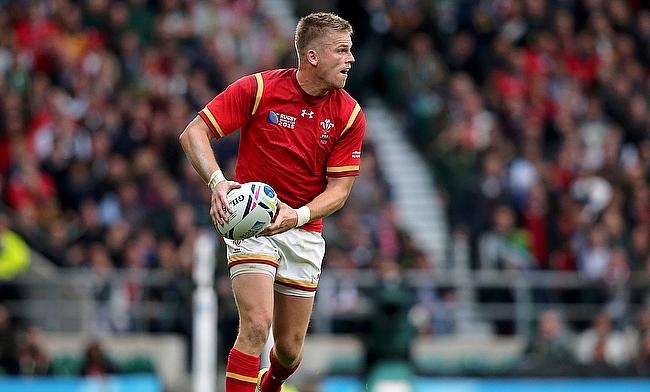 Ospreys have confirmed the signing of Wales international Gareth Anscombe from Pro14 rivals Cardiff Blues from the 2019/20 season.

The 29-year-old has been with the Blues since 2014 and has amassed 597 points from 76 appearances until now. He was also clinical in the Blues edging out Gloucester Rugby 31-30 in the final of the Challenge Cup during the 2017/18 season when he slotted a 78th minute penalty goal.

He also has experience of playing for Auckland, Blues, Chiefs and New Zealand U20 side in the past and qualified to play for Wales through his Cardiff-born mother.

“I’m delighted to have secured my future to play professional rugby in Wales and to be joining the Ospreys, I am very happy to finally be able to put pen to paper during what’s been an unsettling time and commit to staying in Wales," he told the official website of the club.

“I know a lot of the boys from my time with the Wales team and they can’t speak highly enough of the spirit and ambition within the Region which really excites me.

"I’ve been impressed with the vision and the long term goals of the coaches and Region as a whole and I would like to thank them for supporting my dream to continue playing pro rugby in Wales and, if I am playing well enough, to play for my country.”

Anscombe's debut for Wales came during the Test against Ireland in August 2015 and has gone on to play 26 Tests for the national side and was Guinness man of the match in last month’s Grand Slam decider against Ireland at the Principality Stadium.

Ospreys head coach Allen Clarke was delighted in securing the services of Anscombe for the next season.

“Gareth is a player I’ve admired for a long time and I’m delighted that he has committed his future to the Ospreys. It’s not just a statement of intent, it’s adding another player of current international quality to our squad for next season, the number one player in Wales in his position.

“He’s worked closely with Matt Sherratt previously and I know that Gareth is looking forward to linking up with him again both in terms of the challenge and quality development of his game.

"Gareth will also add his undoubted positional and game breaking X-factor attributes to our backline and team attack. I have no doubt his drive and talent will contribute to the quality we already possess within the squad and he will become a fans favourite.

“This is a significant announcement, a signing which shows how ambitious we are to re-establish ourselves as a leading team in the PRO14.”