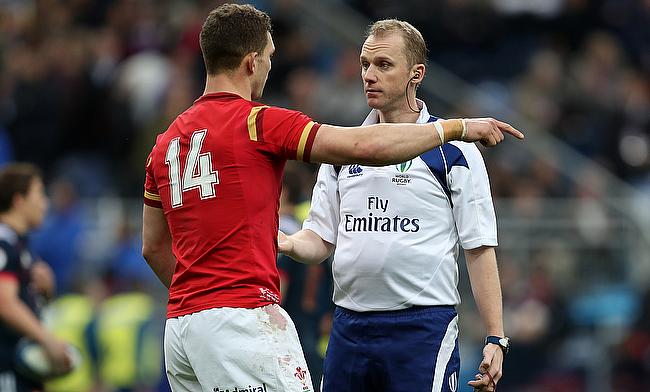 The controversial game which had 20 added minutes saw replacement Damien Chouly crossing over in the 99th minute followed by a conversion from fly-half Camille Lopez to seal a thrilling two point win for Guy Noves' men.

Despite, claims from Wales, there was no on-field action that was taken but Montgomery will have time until 5pm on Monday to give his verdict on the incident based on the video evidence given to him.

"It's gone to the television match official," said Howley.

"The evidence was inconclusive in terms of the images that were shown to the referees, and ultimately they've made a decision on that and it is absolutely fine.

"I am 100 per cent behind that decision in terms of the pictures they saw.

"Obviously, there is evidence to suggest otherwise on George's arm. The evidence suggests there is a bite.

"The referee only had one angle. I haven't seen any other angles, so unfortunately it is inconclusive and you move on.

"I am sure you can ask George if you can have a look at his arm. There is evidence to suggest that there is a bite."

Flanker Justin Tipuric further pressed on the claim made by Wales and added that the bite mark on North's arm was evident when he returned back to the dressing room.

"He (North) came in to the dressing room and you could see a big bite mark on his arm.

"He went to the ref and talked to him about it. But there is a big bite mark there. That's all I have seen."

France coach Noves has denied the charges made by Wales and insisted that the evidences can be created.

"I can bite myself and I'll have a bite mark," said Noves.

No French player has been named on the claims made by Wales and if the charges are proved, the World Rugby sanctions for the offence range from 12 to 24 weeks.