Wales have nothing to fear in France - Jones 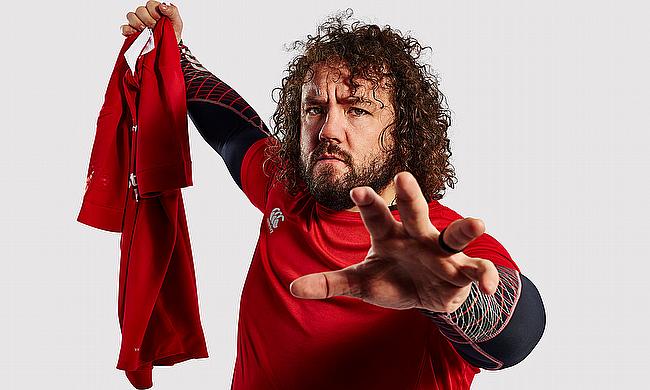 Adam Jones shares his thoughts on Wales and the Lions
©Canterbury

Wales have nothing fear when they take on France this weekend, says prop Adam Jones.

The 22-9 win against Ireland was a great response by Wales following defeats against England and Scotland.

“It is the same old thing with France.  You have to match them upfront and you have to stop them getting a head of steam,” said Jones who retired from international rugby in January 2015.

“This fixture shouldn’t hold any fears for us this weekend. Wales haven’t lost out there since 2011 so the Stade de France is somewhere which we should not fear.”

And Jones added: “We know we have a massive pack of forwards which can match France so it could be case of getting our set-piece right so we can build from there and get the half-backs controlling the game.”

Wales received a lot of critics following their first loss against Scotland in 10 years earlier in this Six Nations campaign, but they bounced back to produce their best performance of the championships last Friday night against Ireland.

A victory against France on Saturday could see Rob Howley’s side finish second in the final table, but a defeat could see them end the Six Nations in fifth place.

Jones put Wales’ victory over Ireland down to emotion and the current Harelquins player is hoping for that passion to be on display in Paris.

“I watched the game down at Exeter with Quins and the intensity of the whole match was crazy, he said.

“We are a passionate country and we were hurt by the way we played against Scotland and hurt by the criticism.

“The boys looked up for it and I know Sexton’s yellow card didn’t help Ireland, but the way we played on Friday night, I think we would’ve won anyway.

“Wales are physically there, but when they add the emotion and passion to it, then it really helps the team.”

Jones, who played 95 times in the front-row for Wales between 2003 and 2014, has applauded current hooker Ken Owens and he has tipped to his former teammate to be part of the British and Irish Lions’ summer tour to New Zealand.

“I think you will have your usual suspects from the Wales squad, but a player who has put their hand up for me is Ken Owens,” said Jones.

“I think he has been one of our most consistent players. There is a lot of talk about whether the likes of Dylan Hartley, Jamie George and Rory Best are going to play but for me, Ken’s been very good.

"I don’t know if he has got one foot on the plane, but he could definitely start getting his Hawaiian shorts and speedos ready!

Jones added: “If I had to pick a front-row right now it would be Tadhg Furlong, either George or Ken Owens and slightly biased with the Quins connection, Joe Marler.”