Wales continuing to rely on the firepower of Jonathan Davies 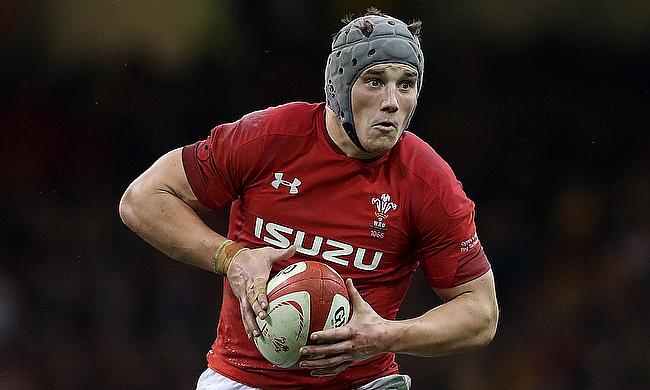 Jonathan Davies is in the starting line up against Italy
©PA

The return of Jonathan Davies was a key part of Wales’ stunning victory over England in the Six Nations.

Davies had been missing from the tournament as the result of a nasty ankle injury, but he rejoined the squad with George North at centre. Such was the wealth of talent and experience of the pairing that Wales cruised to a 40-24 victory to take the Triple Crown.

As such, hopes are high that Davies will stay injury-free for Wales’ next Six Nations games against Italy and France. But what is it about the 32-year old that makes him such an integral part of the Welsh rugby union squad?

Davies’ position as centre in the Welsh side gives him the chance to use his all-round rugby playing skills. The 32-year old has scored numerous stunning tries over his long career, and he’s equally adept at kicking. The domineering physical presence in the centre of the pitch is hard to overcome, and Wales fans will know that Davies can be counted on to cover the defensive channels. Obviously, you can’t talk about the Welsh star without a mention of his talent for spot blitzing.

Above all, Davies is the kind of player that head coach Wayne Pivac can rely on. It’s important to note that rugby isn’t the only sport that Davies has mastered. He has also become a racehorse owner with one horse - Potters Corner - winning a recent Midlands Grand National. But don’t go expecting to set too many of Davies’ horses in a comprehensive betting comparison as it seems that the player is still focused on his rugby.

Switching to the 12 position

At 32-years of age, Jonathan Davies might be entering the twilight years of his international rugby career. But there are still plenty of challenges ahead, and it’s been interesting to see that the Wales head coach is still finding new ways to get more out of Davies.

This is because Pivac has started playing the star at inside centre, as opposed to his regular outside centre role. It’s all part of a plan to reintroduce Davies to the international team after a difficult year that has been plagued by injury. As such, we could start to see more of Davies playing in the 12 position rather than 13.

Before the England game, Davies had enjoyed playing as a 12 against Italy and managed to do an impressive job both in defensive and attacking capacities. The pairing of Davies with George North is something that can be brutally effective. When North is playing in the 13 role, he naturally provides a fair amount of firepower and his size and strength will always provide plenty of challenges for the opponents.

With Davies in the 12 position, it gives him a touch more opportunity to bring his left foot into the game and provide Wales with another valuable kicking option among the midfield ranks. Plus it’s important to note that Davies actually started his international career in the 12 position alongside Jamie Roberts at 13.

What next for Davies?

Since the Rugby World Cup, Davies has had to work twice as hard to overcome some unfortunate injuries. This has meant that the player has been starved of game time, and his form has sometimes suffered as a result. But Davies has managed to show his true professionalism is to work hard to get himself back into shape.

The 32-year old may have lost half a yard of pace in the past few years. But by switching Davies into the 12 position, Pivac has allowed the star to influence the game without having to run himself into the ground.

It’s going to be interesting to see how Davies fares in the remaining Six Nations games. The upcoming game against Italy should provide the player with plenty of opportunity to express himself and get some valuable playing time. However, the next big challenge comes when Wales play France on 20 March. All of which means that Davies will have to be back to his very best to take on such brutally impressive opposition.