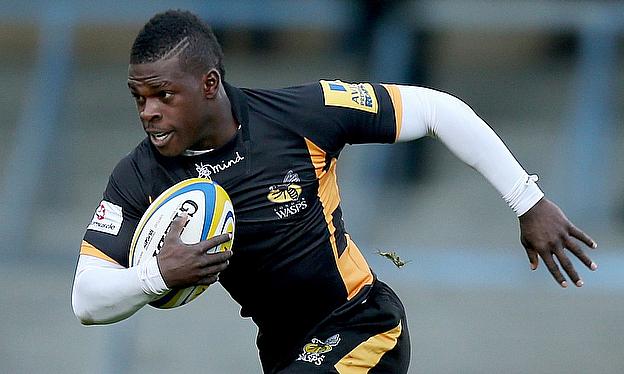 Christian Wade has extended his contract with Wasps, that already had 18 months left to run.
©Press Association

England wing Christian Wade has signed an improved contract with Wasps, extending an existing deal that already ran until 2015.

The 22-year-old had 18 months left to run on his contract, with the London club underlining his value by securing him to a new deal so soon.

Wasps have declined to release the full length of Wade's new deal.

Wade has one England cap, but could easily have been a fixture in Stuart Lancaster's RBS 6 Nations side had he not suffered foot ligament damage in December.

The Wasps academy graduate was called up as injury cover to the victorious British and Irish Lions tour in the summer.

Wade said it was a straightforward decision to commit his future to the club that have helped him hit the England and Lions heights.

"The last few years have been amazing for me," he said.

"Playing for England is a dream come true and pulling on a Lions jersey in the summer was something that I never expected.

"It was Wasps who gave me the platform to go on and do those things and I am extremely grateful for the opportunities they have provided me."

Relieved to see the club on an even keel with solid backing after several uncertain years, Wade has backed Wasps to keep pushing up the Premiership.

"Since I first made my debut for the club, things have changed dramatically and we are now building towards something that we all believe in and want to be part of," he said.

"I'm excited about what the next few years will bring and am delighted to be here for the foreseeable future."

"He is a young guy with a level head on his shoulders who is always keen to learn and I think that has been obvious in his rapid development in the last few seasons," said Young.

"We have got a really good core of young, talented, English players who will form the backbone for this squad moving forward and I am hugely pleased to add Christian's name to that list."