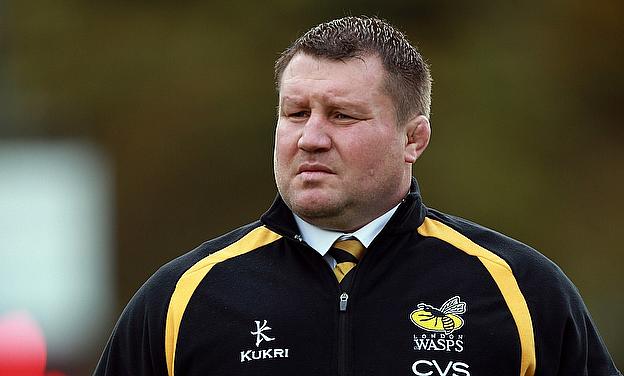 Newcastle ended their try drought but Wasps left Kingston Park the happier side after climbing up the Aviva Premiership table with a 17-12 win at Kingston Park.

It was not a classic encounter in the wind and rain but Wasps did enough and were comfortably heading for victory at 17-5 until Newcastle skipper Will Welch grabbed a last-gasp try to salvage a losing bonus point for the Falcons.

"We are still a work in progress but we proved today that we can roll our sleeves up and battle it out," said Wasps Director of Rugby Dai Young.

"Newcastle is a difficult place to come but I'm pleased because for long periods we had to defend and when we had chances we took them."

Newcastle's first for try two months in the Premiership came 10 minutes into the second half through Noah Cato but Wasps back row duo Sam Jones and Ashley Johnson did give the Falcons a lesson in taking their chances while Andy Goode bossed the game on his 200th Premiership appearance.

"Ask anyone in the Premiership and they'll tell you they'd like to be a Premiership top six side," said Young.

"And that's what we aim for, but I don't believe we are a top five team. I just don't think we are good enough for that yet.

"Last season we lived on scraps and there was only one way we could play. This season we've have to develop a different style and a lot of our X-factor players have been out for big parts of the season so we have had to be a little bit different and a bit more conservative in our approach and play the game a little bit tighter."

Newcastle boss Dean Richards lost two players to illness just before the game and two others had to play despite being ill.

"Not the best of preparation," said Richards.

"And while I'm pleased with the bonus point, I'm not happy with our first half performance when we should have made better use of the wind.

"We just couldn't make it happen in the first half and that was very disappointing."