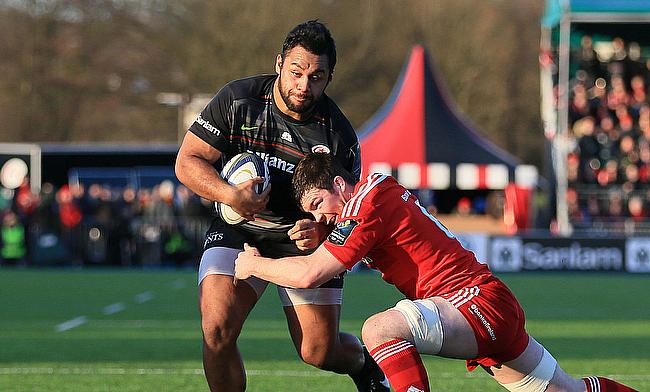 England's international brother tandem Billy and Mako Vunipola have signed new deals with Saracens through to 2019.

"This is fantastic news for everyone associated with the club," said McCall.

"To have two players of the calibre of Mako and Billy commit their futures to Saracens is extremely exciting, as we continue to build a strong squad for the upcoming seasons.

"We have a great blend of youth and experience at the club and what has been great is for us to witness the progression of both of them from promising youngsters to two of the world's best in their respective positions."

When Former Tonga captain Fe'a Vunipola and his wife Lesinga, a methodist minister, settled in Wales, their two sons quickly made strides in junior rugby.

The duo breezed through England's age-group sides before announcing making their Test debuts in 2012 and 2013 respectively.

While Mako broke through at Saracens, so Billy was shining for Wasps. Family ties eventually reunited the pair in north London, and the siblings have since become mainstays for both club and country.

"Signing a new contract comes with new responsibility and I am really looking forward to contributing to Saracens in the upcoming years," said Mako.

"We're extremely happy to extend our stay at the club, as we have made so many fantastic memories together already.

"One of the most important things is that we're playing alongside our best mates, week-in-week-out, and the whole culture of the club means it's a special place to play rugby. I'm delighted to be staying."

"We are both delighted to be able to extend our deals," added Billy.

"Now is time to build on the work we have already done with Saracens and continue to improve as people and players.

"We have a lot to look forward to over the rest of the season and beyond.