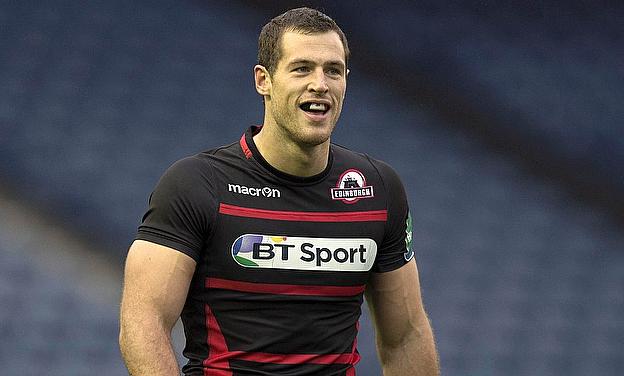 Tim Visser will be a Harlequins player from next season
©PA

Scotland and Edinburgh winger Tim Visser has signed for Harlequins and will join his new club next season.

Visser, who is out of contract at the end of the current campaign, has spent almost six years at Edinburgh since signing from Newcastle Falcons in the summer of 2009.

The 27-year-old has scored seven tries in 18 appearances for Scotland and topped the Pro 12's try-scoring charts for the past four seasons.

"I am delighted to join a club with as much heritage as Harlequins," Visser said.

"It's a dream come true and I'm looking forward to meeting my new team-mates and helping the club move forward."

Harlequins director of rugby Conor O'Shea added: "We are delighted to welcome Tim to the club.

"He is and always has been a finisher and with the margins between winning and losing so small, players like Tim can be the difference. He is a great man, who is really driven to succeed.

"We are looking forward to welcoming him to Harlequins next season."

Despite being born in Holland, Visser became eligible for Scotland after fulfilling his three-year residency and announced his international debut against Fiji in June 2012 with two tries.

Harlequins are currently eighth in the Aviva Premiership table following a 42-14 defeat at Saracens on Saturday.