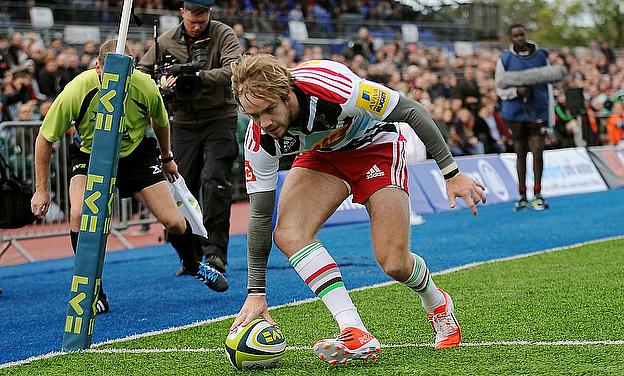 The 22-year-old swapped Leicester's academy for The Stoop before making his senior debut in 2011, and has now committed himself to the London club until 2017.

Rugby director Conor O'Shea backed England Under-20s and Sevens star Walker to realise his "incredible potential" in the course of his new deal.

"Charlie has recaptured the form that makes him one of the most exciting talents in the country," said former Ireland full-back O'Shea.

"He fits perfectly with the style we like to play and I am now hoping we will see him go from strength to strength and fulfil the incredible potential that everyone knows he possesses."

The Leicester-born speedster revealed he was proud to secure new terms with Quins.

"I'm delighted to have re-signed at the club and to be here for the next two seasons," said Walker.

"There is a close-knit group of players at Quins, which I am lucky to be a part of.

"I love the way we play and I am looking forward to improving my game with the coaches and senior players such as Mike Brown, Tom Williams and Ugo Monye and achieving the results we want as a team and a club."