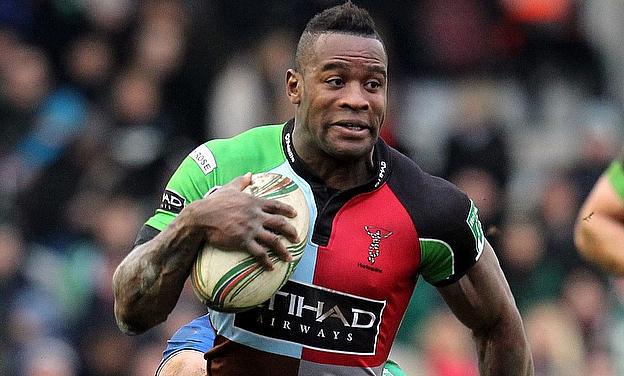 Harlequins' former England wing Ugo Monye will retire from rugby at the end of this season.

Monye's decision, announced on the official Harlequins website, will end a 13-year playing career at the Twickenham Stoop.

The 31-year-old won 14 England caps between 2008 and 2012, and he also played in two Tests for the 2009 British and Irish Lions in South Africa, scoring a try during the third Test victory in Johannesburg.

"It is a decision that I have been thinking about for a long time, and one that I haven't taken lightly," Monye said.

"I have had an unbelievable 13 years at Quins, and look back on my career with no regrets.

"I can honestly say that the one thing I am most proud of is that I have been a one-club man in a game that is ever-changing, and I am excited to be staying on at the club after my retirement in a different capacity."

London-born Monye has made more than 230 appearances for Quins, and the club's rugby director Conor O'Shea paid him a glowing tribute.

"In my time here, two things stick out to show his unwavering commitment and professionalism to the only club he has ever played for," O'Shea said.

"The first was when he was offered twice the money we were offering to join a top French club, but he turned it down to be with the club he always dreamt of playing for.

"My second memory will be how he got back on the field for our Aviva Premiership title win in 2012.

"He tore his hamstring, but within four weeks - and against all medical expectation - he got himself back on the pitch and played the full 80 minutes (in the final against Leicester).

"He will be missed, but he will always be one of the true greats of this club, and also one of the great ambassadors of the game."