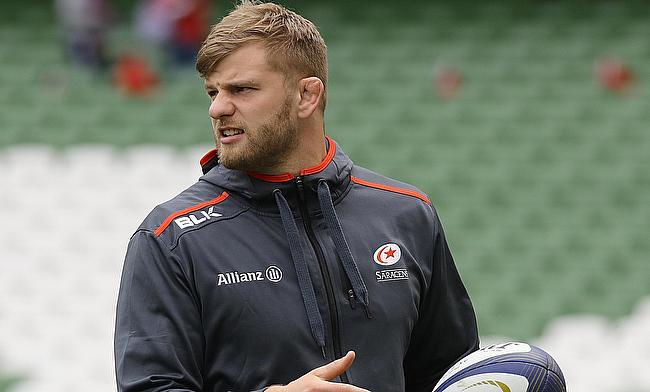 Saracens have confirmed that lock George Kruis and tighthead prop Vincent Koch have penned new deals with the Gallagher Premiership club ahead of the 2018/19 season.

The news follows after skipper Brad Barritt and the coaching panel of the club including director of rugby Mark McCall have signed new deals with the Allianz Park outfit.

Kruis joined Saracens in 2009 and has racked up over 100 appearances and was part of the side that won back to back European Champions Cup in 2015/16 and 2016/17, a Premiership and Anglo-Welsh title in 2015 and also claiming the Premiership title last season.

Reflecting on his own extension Kruis, who has penned a new deal until 2021 said: “It was an easy decision to make really. I’ve progressed so much in my time at Saracens and we’ve achieved so much as a group over the last few seasons together. It’s a hugely exciting time to be involved here, we’ve got a massively talented group of guys who are all hungry to keep improving. I’m really proud to be part of that.”

Meanwhile, Koch made his debut for Saracens in 2016 and now has signed a contract extension until 2022.

“I’m really pleased [to have signed an extension]. It’s a very special club and since joining I’ve made some incredible memories here. It’s an honour to play with guys who are like your brothers every week.”

McCall is delighted by the news of both signing new deals as the club is looking to defend the Premiership title in the upcoming season.

“We’re delighted that Vinnie and George have signed new deals with the club” said McCall.

“Both of them are phenomenal assets to the club, and we look forward to seeing them continue to develop in a Saracens shirt over the coming seasons.”