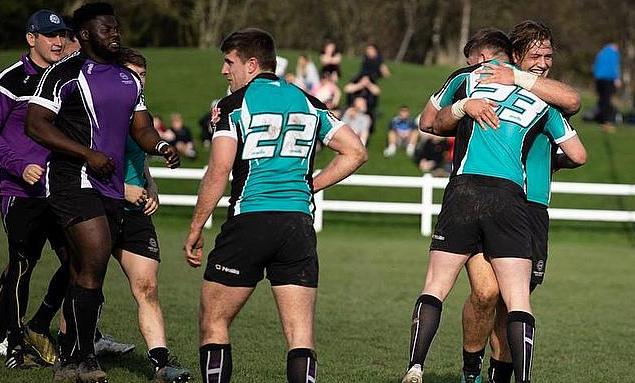 University Rugby - Latest News and Views
Cardiff University 'stand to reap the rewards', says Davies
Bath’s Tom Dunn: ‘My advice would be to grab university rugby by both hands and run with it’
University of Bath topple Exeter to send title race to the wire

All roads lead to the headquarters of English Rugby this coming Wednesday. It is the finals day for Women’s and Men’s rugby union, organised by BUCS, at Twickenham.

This year features the universities of Durham, Leeds Beckett, Hartpury and Exeter. Since 2008 the team at TalkingRugbyUnion have been involved in University rugby as players, journalists and analysts; bringing their experiences from the universities of Bath, Manchester Met, Leeds Beckett, Sunderland, Durham, Nottingham Trent, Derby, Sheffield Hallam, Hartpury and Cardiff Met.

Appointed as BUCS Official Rugby Union Media Partner in 2014/15 the team are acknowledged as the leading advocates of University Rugby; the content featuring on Google News and NewsNow(UK). To add a greater balance, one of Scotland’s leading rugby writers, Gary Heatly joined the team to provide additional coverage of men’s and women’s rugby in Scotland.

The importance of Varsity Rugby in the University calendar is not overlooked at by the team; the relevance demonstrated by the attendance figures.

There has been some attempt to provide content via streaming, with Unilad chosen by BUCS to distribute live coverage. The RFU and BUCS have created BUCS SuperRugby for men but recently confirmed that the women’s game will be added. BUCS SuperRugby rights are held by Rugby Vertical and in the 2018/19 season some games made it onto FreeSports but sadly not the business end of the season. BUCS covers more than rugby union but there is no doubting its a “flagship product”. It’s a big year for BUCS as they celebrate 100 years of British University Sport; check them out on www.BUCS.org.uk

The excitement for Wednesday 10th April is mounting and TalkingRugbyUnion will be heading south en masse to provide social media coverage of the day; joined by some very special guests. The team put out a podcast leading up to the final, where they discuss the prospects for the final. Have a listen on your way to the final and come and join the coverage - Click here.