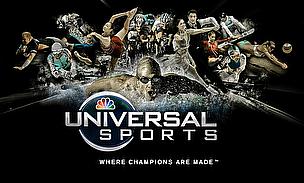 Networks Combine to Present 9 Matches including the Final LIVE from London; All Matches to be Made Available via Pay-Per-View

LOS ANGELES (October 30, 2014) – Universal Sports Network and NBC Sports Group today announced multi-platform coverage plans for next year’s IRB Rugby World Cup 2015 one year out from the tournament final at Twickenham Stadium in London, England. From September 19 through October 31, 2015, Universal Sports and NBC Sports will broadcast nine of the tournament’s 48 matches. In addition to exclusive matches, coverage will feature a studio pre-game show plus halftime and post-game shows, as well as several other production enhancements.

In addition to broadcast and cable TV coverage, all 48 of the tournament’s matches will be made available LIVE on a pay-per-view basis from leading cable, satellite and IPTV providers.

For online viewing, LIVE streaming and on-demand access to all 48 matches will be available exclusively at UniversalSports.com as a subscription offering. Fans will be able to purchase a full-tournament package or individual matches online to watch via the web on desktop, mobile and other connected TV devices on a pay-per-view basis. Purchase details, including prices, will be announced in the spring of 2015 at www.universalsports.com/rwc2015.

“The Rugby World Cup is one of the biggest sporting events in the world and we are excited to showcase it to an American audience,” said Scott Brown, President of Universal Sports Network. “Interest in the sport of rugby has never been higher, and with unprecedented coverage across multiple platforms, both longstanding and new fans of the sport will be able to follow every minute of the action from England.”

IRB Chief Executive Brett Gosper added, “Rugby is taking off in the U.S., and we are excited to be partnering with Universal Sports Network to broadcast our Rugby World Cup 2015 tournament across the country. Through Universal Sports’ and NBC’s superb production values, extensive broadcast and digital platforms and passion for sport, I am sure that more Americans than ever before will interact with and be inspired by Rugby.

“With one year to go until the Final, we are confident that Rugby World Cup 2015 will be a very special, record-breaking global celebration of Rugby that will reach, engage and inspire new audiences around the world. It really will be too big to miss.”

Universal Sports acquired multi-platform media rights to the Rugby World Cup in a multi-year deal with the IRB (International Rugby Board) prior to the 2011 edition which allowed for Universal Sports and NBC to broadcast the quadrennial tournament LIVE for the first time in the United States.

The IRB Rugby World Cup is one of the largest and most avidly watched sporting events in the world, drawing an estimated 3.9 billion cumulative global TV audience in 207 territories during the 2011 event in New Zealand. The 2015 tournament field consists of 20 different nations, including defending champion New Zealand and the United States, who will compete over the course of six weeks for the coveted Webb Ellis Cup. New Zealand and Australia jointly hosted the first edition of the Rugby World Cup in 1987.