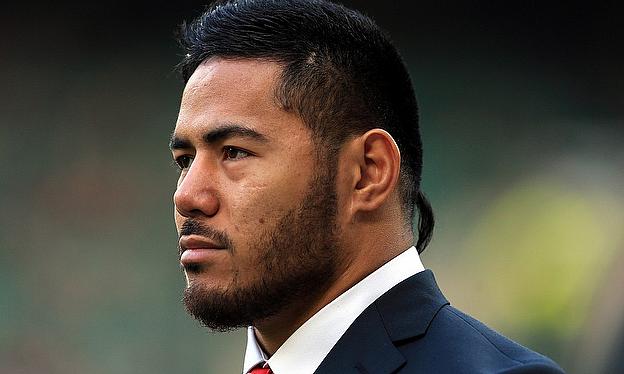 England centre Manu Tuilagi has been banned from playing for his country and will miss the World Cup after pleading guilty to two counts of assaulting a police officer.

The 23-year-old was fined £5,500, and ordered to pay £705 in costs, when he appeared before magistrates in Leicester yesterday.

The incident took place on April 26.

On Friday England head coach Stuart Lancaster announced that Tuilagi, who has 25 caps, would not be considered for selection for the national elite playing squads until January 2016, ruling him out of the rugby World Cup later this year.

If fit he would have been a major part of Lancaster's plans for the World Cup, which is being hosted in England, given his game-breaking prowess.

Lancaster said: "As role models and ambassadors for the game, the highest standards of behaviour are expected from every England player both on and off the field.

"Having spoken to Manu, he understands and accepts both the seriousness of the offences to which he has pleaded guilty and the consequences of his behaviour to his club, country and the game as a whole.

Tuilagi said: "I take full responsibility for my actions and unreservedly apologise to all those involved in the incident, Leicester Tigers and England.

"It is something I deeply regret, and I totally accept the sentence given by the court.

"The club and Stuart have been very supportive, and I understand their sanctions, too.

"I know as an England player the need to conduct myself as a good role model for the game.

"I am very disappointed because my actions have let so many people down, and I can only hope for a future chance to prove myself again."

Tigers rugby director Richard Cockerill added: "Manu knows and accepts his responsibilities and has received a significant punishment in being excluded from the England squad, and the club will also take internal disciplinary action.

"While we do not in any way condone his actions in this case, Manu is a young man who has grown up in the public eye and he is a good professional in a top-level environment.

"He always gives his time very generously to supporters, particularly young ones, wherever he goes, and fully understands the role that the fans have played in his career.

"We will continue to work closely with him on his return to full fitness and look forward to his return to the field in due course."

Tuilagi made his England debut in a World Cup warm-up game against Wales at Twickenham 2011.

But England endured a miserable World Cup campaign in New Zealand that was blighted by off-field controversy, and Tuilagi was part of that.

In the aftermath of England's quarter-final defeat against France, Tuilagi was detained by New Zealand police and fined £3,000 by England rugby officials for jumping into Auckland harbour from a ferry.

And in September 2013, he issued an apology to Prime Minister David Cameron after he made a "bunny ears" sign behind his back during a photograph taken outside 10 Downing Street when the successful British and Irish Lions squad that toured Australia - Tuilagi played in the third Test - made an official visit.

On the field, Tuilagi is regarded as one of England's star players.

If fit and in form, it is likely that he would have been Lancaster's first-choice centre for the World Cup, which England kick off against Fiji at Twickenham on September 18.

Tuilagi has established a reputation as a powerful attacker and ferocious defender, making him a leading player on rugby's world stage, but that Test career is now on long-term hold, with his 2015 World Cup dream over.