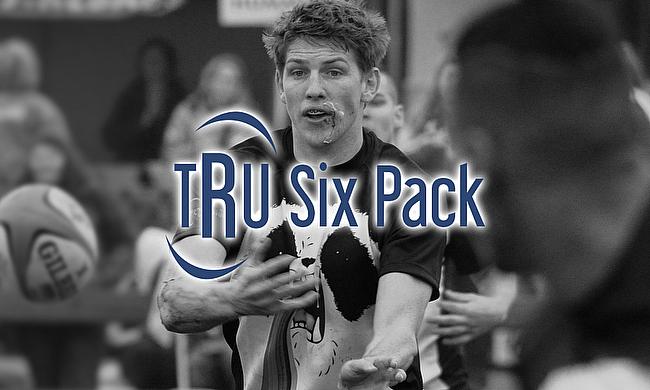 I have probably enjoyed learning of Norts [Dan Norton] and his speed exercises. I know I am never going to be as quick as him! I quite like the plyometric side of things and the idea of becoming fast even though that might not happen!

There is a sneaky ‘all you can eat’ pizza place in Putney which a few of the boys go to on a Tuesday night called Al Forno. That would be the cheat meal!

The boots you wore in your last game?

It is great to now get some freebies! I have some Mizuno boots and they are really comfy, but one of the best pairs of boots I have had comes from a funny story:

'In my first year with England Sevens, my boots broke in Hong Kong and we were in Singapore the next week. I didn’t have a second pair of boots at the time so I was wandering around Singapore looking for some boots. They are not the tallest nation and I am a size 12 so the only thing I found was a size 8. But, I then found a random sports shop and they had some size 11’s so I settled with them. They were these old style Adidas boots from about 2010 and I wore them for about half a year. I’ve still got them!'

Any Pre-match rituals or motivational tune?

Before a game, I don’t really have any superstitions. It is always great running out and I think every time I represent England, I just like to take a look around and embrace the whole stadium just to remind myself how lucky I am to be in that place.

It is hard to wrestle the mic off Rich de Carpentier. He has normally got a good choice and for a while it was Stormzy which makes sense with him being from Wigan!

Your 'must have' sports supplement?

I guess we are given the option of protein and supplements. A lot of the boys go for the more vegan option, but it is all personal preference. I don’t really have one. I prefer to eat something after a workout rather than take a supplement.

Number one beverage in your down-time?

I had a bad thing at Uni where I’d have loads of bottles of Coke and that is still probably up there!

Stuart Hooper: “We feel privileged. That is magnified about a million times right now”