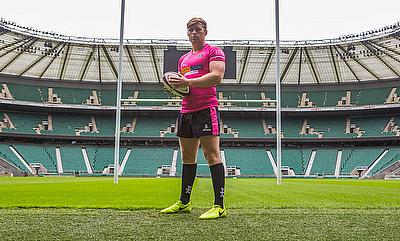 Nottingham Trent University, the University of Bath and Loughborough University are through to the quarter-finals of the BUCS Super Rugby Championship.

Trent made it three wins in succession as they shrugged off the challenge of Durham in the last 16 while Bath eased past Cardiff University and Loughborough thumped North A runners-up Newcastle University.

Considering Nottingham Trent lost 14 consecutive BUCS Super Rugby fixtures, their recent turnaround in form has come at the right time in the season and in Loughborough’s case, they are just starting to click into gear as they aim for another Twickenham appearance.

As for Bath, they will now be hoping for a strong run in the Championship after an inconsistent season in BUCS Super Rugby.

Below is the latest news from the BUCS Super Rugby Championship as well as results from the Women’s Championship, BUCS Big Wednesday and our featured BUCS leagues.

Nottingham Trent University continued their resurgence as they progressed to the quarter-finals of the BUCS Super Rugby Championship following a hard-fought win over Durham.

A try from David Williams plus three points from the boot of Tom Miller helped the away side go into the break on level terms.

Durham had led twice in the first period following Ben Stevenson’s early score and a penalty from Tom Catterick, but that was as good as it got for the home side.

Trent cranked up the pressure following the restart and just after the hour, they were rewarded as Mike Ozdilli barged his way over to give the Midlands side the lead for the first time in the match.

It was an advantage they never relinquished and despite Durham’s best efforts, Trent held on to seal their third win on the spin and their second victory over Durham in as many weeks.

Trent will take on BUCS Super Rugby champions the University of Exeter in the last eight.

Nottingham Trent’s Tim Cardall: “I am so pleased for the boys. We put in a lot of work over the past week. We came up to Durham the previous week so I am really chuffed with the win.”

The University of Bath picked up just their second win in 2018 as they ran in 10 tries against Cardiff University at Infield.

Cardiff hit back either side of a Levi Davis score as Adam Sadbki grabbed a brace before the interval.

But further scores from Doughty, Davies, Beck Cutting, Will Flinn and Chris Barry (2) saw Bath secure a place in the last eight against Northumbria University.

Harry Land crossed for a consolation try for Cardiff, but this was just a taster of what is to come for Alun Wyn Davies’ side ahead of their first BUCS Super Rugby season next year.

Loughborough University scored 13 tries as they thrashed Newcastle University to progress to the next round of the BUCS Super Rugby Championship.

Hooker Jamie Cox crossed early before Matt Travers, Callum Watson, Will Kaye and Harry Betts all went over to give the hosts a 34-7 lead at the interval.

Newcastle did dot down before half-time, but a seventh try of the evening for Loughborough opened the floodgates as Gerard Mullen’s side ran riot in the second period.

The home side went over on six more occasions to complete the rout and book their place in the quarter-finals where they will face Cardiff Met.

As for Newcastle, it has been a tough couple of weeks but they did bounce back in their Varsity match against Northumbria at St James’ Park on Saturday.

Great effort from all the girls today! Thanks for all the support ?? #AlwaysBleedGreen https://t.co/CyUREW5pzc

It will now be an all-southern affair in the final at Twickenham on April 11th as Premier South champions Hartpury knocked out last season’s runners-up, Northumbria University, following a 34-7 victory.

Following on from their North A title, Durham 2nds secured the Men’s Vase trophy after a hard fought 35-33 win over South A outfit Hartpury 2nds. Ben Woods’ side have had a wonderful season, winning 13 of their 17 matches in all competitions.

Also on BUCS Big Wednesday, Northern 1A side the University of Sheffield lifted the Men’s trophy following a 21-12 win over Reading University. Sheffield beat Leeds Beckett 2nds in the last four to reach the final at the University of Nottingham and after recently clinching the league title, it is a double success for the men from the Steel City.

In North B, the University of Strathclyde finished in third spot after a 17-12 win over Loughborough 3rds while in Northern 2A, Bangor University picked up their first victory of the campaign in their final game of the season as they beat UCLAN 27-17.

Newcastle 3rds have clinched the Northern 2B title despite losing 12-5 to Northumbria 3rds. Following a walkover result against Sheffield 2nds, the north-east side went into their fixture with Northumbria three points clear at the top, but even though they fell to a defeat, they still secured the championship.

Across our other featured leagues, Liverpool John Moores University ended the Northern 3A season in third place following a 58-45 victory against Edge Hill University while Leeds Beckett 4ths sealed the Northern 3B title as they beat York St John University 52-26. In Midlands 2A, Nottingham 3rds finished in the silver medal spot after they were awarded a walkover result against Oxford Brookes 2nds.