Glasgow and Edinburgh preparing for their European adventures 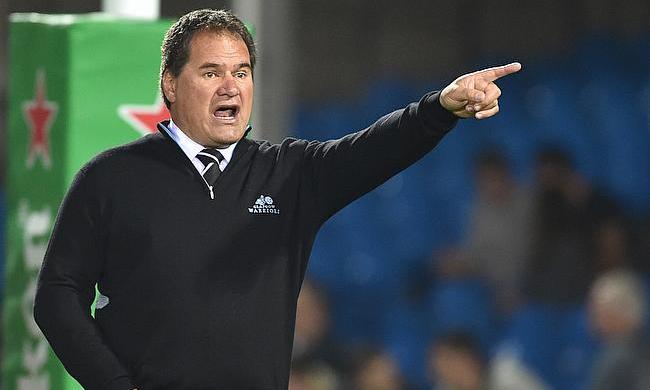 With European rugby set to return, Scottish correspondent Gary Heatly attended the Heineken Champions Cup launch in Dublin and he chatted to both Glasgow and Edinburgh ahead of the new campaign.

In 2017/18, Glasgow won just one of six pool matches to finish fourth out of four in pool three below eventual winners Leinster, Exeter Chiefs and Montpellier.

This year, they are in pool three again with fellow Guinness PRO14 league side Cardiff Blues, English champions Saracens and French outfit Lyon with Glasgow opening their campaign against Sarries at home on October 14th.

“I think accuracy was the one thing we learnt from the competition last year, you have to look after the ball or you get punished by the best teams,” Rennie said at the event launch in Dublin.

“What we found is that teams like Leinster are disciplined and put you in the corner, go multi-phase and grind you down.

“We have to learn to build pressure. We have been working hard on that and we have been better at that of late.

“Looking at the pool it is pretty tasty. Lyon have started the season really well, Saracens have had an impressive start in their competition [Gallagher Premiership] already and they are a juggernaut so it is a bit of a test for us first up while Cardiff lost a couple of tight ones early and then got a good win against Munster in the PRO14.

“All of the pools are tough to get out of, but everyone is in the race, aren’t they? Leinster have amazing depth. The French clubs spend a lot of money and there are some good horses in the race.

“The challenge for teams like us is that if you get a couple of injuries in key positions, you can get caught under a bit of pressure, but we're happy with the squad we've got.

“We've worked really hard and we're in good nick. We're looking forward to measuring ourselves against Saracens first up.”

Despite Rennie stating “we're happy with the squad we've got” there is no doubt they have an issue at tighthead prop.

He is on the lookout for an experienced number three on an emergency loan basis as he revealed that Zander Fagerson could miss part of - if not all - of the Six Nations.

Fagerson had ankle surgery in September after getting injured in South Africa against the Cheetahs and the Scotland man will now be out for “five to six months”.

With Siua Halanukonuka also injured, Glasgow currently have D’Arcy Rae and young Adam Nicol as their fit tightheads with some big PRO14 and European games to come.

Rennie said: “We think Zander will be out for five to six months, but we are hoping maybe five or four and a half. It was a clean break and the operation went well, but we are not going to push him.

“Zander has been superb for us of late. The scrum has gone well, but the quality of his carrying and cleaning and tackling has been great. There is a bit of mongrel about him and we'll miss that.

“Siua has a foot injury, D'Arcy has started for us recently and we have young Adam Nicol but we are a little thin and we are at a stage where we might have to look at bringing someone in.

“We are a little way down the road [regarding an emergency loan], but nowhere near putting pen to paper yet.”

And what of the challenge of Saracens first up in Europe?

“They're a big side, well resourced, with a really strong set piece,” Rennie explained.

“Gloucester had been going great guns but they were really blunted by Saracens when they played them. They have threats all over the park and they're very disciplined, they keep asking questions of you.

“You have to be strong defensively, disciplined, and use the ball well when you've got it against them.”

As a result, the Kiwi back-row cannot wait to really get his teeth into this year’s campaign for Glasgow.

?? A busy morning in Dublin for the gaffer and the skipper. @ChampionsCup pic.twitter.com/mhGCy224pE

“There is definitely a different vibe to Europe,” he said in Dublin.

A couple of years ago the guys got to the quarter-finals and they still talk highly about that and how exciting it was for the local area. It's a pretty cool thing to be able to play against the best teams in Europe, it's really exciting.

“Going into Europe, we have the players to do the job, but we have to be better at the mental side of things."

Meanwhile, having been in the Challenge Cup in recent years, Edinburgh Rugby are back in the Champions Cup.

Richard Cockerill’s men are in pool five with Montpellier, Newcastle Falcons and Toulon and although the head coach does not believe his side can win the star-studded event, he feels the campaign will be great for their development.

“It’s a very tough pool but that is good for us,” the former England hooker said.

“The reality of it is that we won’t win the tournament. The really good thing from an Edinburgh point of view is that we have to learn to play at this level and win in Europe and try and put our best side out to win those games.

“Playing at that level and learning to be consistent is bloody hard. As a team and as a Scottish nation, we have to do it.

Head Coach Richard Cockerill and @lukehamilton6 were on hand at the Aviva Stadium this afternoon for the 2018/19 @ChampionsCup launch. ????#AlwaysEdinburgh ???? pic.twitter.com/w5DcEx1mZk

“The ambition for us has to be looking to win our home games and away from home give it our best shot.”

And Cockerill has backed Blair Kinghorn to fill the void left by the injured Stuart Hogg in the Scotland starting XV this November.

With Hogg recovering from an ankle operation sustained while playing for Glasgow Warriors against Munster earlier this month, 21-year-old Kinghorn is now in pole position to start in the 15 jersey for the national team.

In November Gregor Townsend’s men play Wales, Fiji, South Africa and Argentina with Kinghorn - so far used on the wing in his fledgling career – looking set to feature prominently.

“Definitely Blair is ready to start for Scotland in November, he is a better 15 than winger for me. If he gets to play there he gets the chance to show how good he is,” Cockerill said.

“Scotland need to have that depth and need two very good full-backs and Blair certainly has the talent.”

Edinburgh begin their Champions Cup journey on October 13 with a trip to the GGL Stadium in Montpellier.