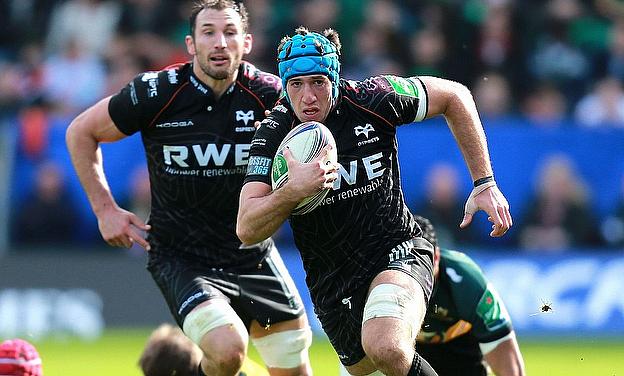 The Ospreys have announced a new three-year contract for their Wales international flanker Justin Tipuric.

Tipuric, 25, had been the subject of speculation linking him with big-money moves to English and French clubs, but his new deal will now keep him at the Liberty Stadium until 2018.

"I am just incredibly happy to have sorted this out so that I can focus solely on my rugby," he said.

"It's very flattering to be linked with the clubs that I have been, but my focus was always on signing a new contract here. That's what I always wanted and that's what I've done.

"We are working hard here to build something for the long term, we have some quality young talent coming through and you get the feeling that something special is coming.

"I am pleased that I can continue doing my bit and be a part of it."

Tipuric has won 27 caps, making his Test debut against Argentina in 2011. He also toured Australia with the 2013 British and Irish Lions.

Ospreys' rugby general manager Andrew Millward added: "Justin is a player of real quality, who has the characteristics that can make him a really good leader if he continues to develop.

"He's very much a role model for any young player in the region, having initially missed out on age-grade selection as a teenager but staying focused, working hard and gaining his rewards.

"His best days are still ahead of him and it's fantastic that we will benefit from having him here for another three years. "