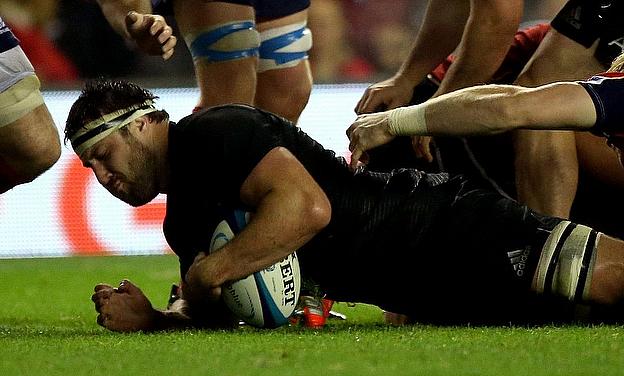 Thrush, who has won 11 caps for the All Blacks, will join Gloucester after the World Cup later this year.

The 29-year-old will head to Kingsholm from Wellington-based Super Rugby side the Hurricanes.

Thrush is expected to be part of the All Blacks squad that defends their world title in September and October.

He toured Europe with the world champions earlier this season.

"He has been a stand-out performer in Super Rugby over a number of seasons, and the experience he has gained being part of a successful All Blacks squad will be a key element in establishing Gloucester as one of the dominant forward packs in England.

"His recent man-of-the-match performance against Scotland showed what Jeremy will bring to Gloucester in terms of his rugby ability, but he will also add huge value to the squad, both on and off the field, through his leadership abilities.

"As we continue to build our squad for the 2015/16 season, our initial focus was the retention of key players who were out of contract.

"This has now been done, and with Jeremy's announcement this morning, we will continue to add strength in depth to our squad over the next few weeks."

And Gloucester have pushed themselves closer to being in Aviva Premiership play-off contention after successive league victories over Exeter and Saracens.

Gloucester chief executive Stephen Vaughan added: "The addition of a top-quality All Black like Jeremy to our squad demonstrates our determination to keep building towards having a squad capable of consistently challenging for honours going forward.

"We began a rebuilding process this season by introducing a completely new coaching set-up and a host of new players, and we see this exciting announcement as further reinforcement of our total commitment to investing in the playing squad."