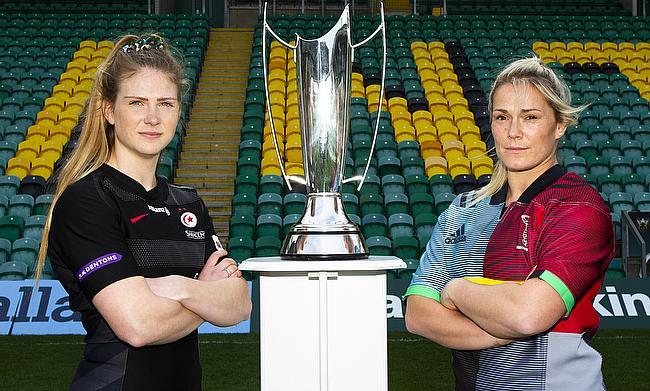 Saracens were the winners of the 2018/19 season
©Tyrrells

The Rugby Football Union has announced a three-year plan in the Tyrrells Premier 15s that could see four teams demoted from the top-flight women's competition.

The tournament was launched in 2017 with an investment of £2.4 million spread across three years with the third season kicking off on 21st September with all 10 teams continuing to be part of the competition. There will not be any relegation with the top four teams progressing to the semi-finals with the home grounds of the top two ranked sides being the venues.

The England board said an audit will be conducted for all 10 teams at the start of the 2019/20 season on the basis of their ability to deliver the Minimum Operating Standards and their on pitch performance.

Based on the audit the teams will be ranked from 1 to 10 irrespective of their performance in the previous seasons with the top six invited to join next three-year league structure covering seasons 2020/21 to 2022/23.

The remaining four teams can apply for re-tendering process along with West Park Leeds Ladies and Thurrock Ladies - who were the winners of Women's North and South Championships respectively in the previous season.

The best four teams will be selected based on an interview and assessment to compete in the 2020/21 season with the process set to be maintained every three years.

“The commitment and dedication from all clubs as well as the standard of rugby over the first two seasons has been fantastic," said RFU Professional Rugby Director Nigel Melville.

“The league was initially set up for three years to give clubs a chance to embed, grow, invest and develop support services. It also coincides with World Cup cycles so there’s minimal disruption to players.

“We always felt this was the best time to review as we aim to create the best domestic 15s women’s competition in the world which will give us the winning advantage on the world stage.

“The purpose of the league will remain the same. It’s a competition at the highest domestic level of the women’s game which continues to support the overall objective to produce winning teams for England Women 15s and 7s teams.

“We want the women’s game to continue to flourish at all levels and know a strong domestic game is imperative in increasing participation and interest.”