The Rugby Championship - The view from the North 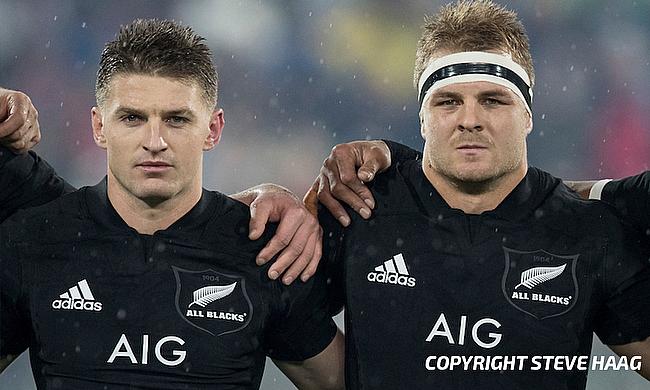 New Zealand edged past a resilient Argentinian side
©Steve Haag

After the first round of Rugby Championship action, Gareth Hughes takes a look at both games for Talking Rugby Union as well as Fiji's clash with the New Zealand Maori.

Normal service resumed for the New Zealand Maori side on Saturday. On a greasy surface in Rotorua they comfortably beat the much-fancied Fiji team, outscoring them by four tries to two.

Perhaps this puts the ‘Flying Fijians’ World Cup aspirations into context but the watching Wallabies will be more concerned than ever about the challenge that Fiji will pose and Wales, remembering recent history, will be taking nothing for granted.

This match illustrated that when firing on all cylinders, on a dry pitch and with all first-choice players available, Fiji can be unstoppable and, yet, they made costly errors in defence. They lacked composure at critical moments in attack and exposed the lack of depth to their squad that could prove to be their Achilles heel in Japan.

South Africa, for all the talk in the press about ‘experimentation’ and the despatching of a complete side to NZ to prepare for the Test match in Wellington, proved more than a match for Australia. The Springboks had selected a hard-nosed powerful pack of proven forwards and although Cheika had picked ‘the 23 men selected which will do us proud’ he must have been disappointed by their display.

There was a disappointingly low turnout to watch at Ellis Park where the Wallabies were overpowered up front and this, along with indiscipline, costly injuries and defensive naivety saw Australia well beaten. The depth of the self-inflicted wound of the sacking of Israel Folau was laid bare and this, with a pack of forwards blown off the field by a fired Springbok eight supremely well led by Eben Etzebeth, meant that Australia were outplayed.

Wallabies’ low morale and confidence was systematically revealed and taken full advantage of by the exciting Herschel Jantjies, who helped himself to two tries and proved a constant threat to a malfunctioning Australian back row seriously missing the influential Pocock. The Wallabies simply could not handle Jantjies. Australia need to regroup, and quickly. It is only five days before the Pumas test match and Cheika must be scratching his head wondering, even at this early stage, how the Wallabies’ season can be saved.

NZ did what they had to do; accomplishing a typical ‘smash and grab’ win over an expectant Argentina. Despite the media hype and hopes of their fans in Buenos Aires, the Pumas failed to beat a scratch All Black side.

They played with fire and purpose but ultimately lacked the poise and composure to breakdown a well-drilled and fiery New Zealand defence. The Pumas in the second half enjoyed a plethora of possession and prevented the All Blacks from scoring any points but they could not sufficiently open up the All Blacks defence and, even in the last minute camped on the NZ line, failed to score from their much feared rolling maul.

Once again, the Pumas can talk about taking the ‘positives out of the performance’ but it is NZ that can take more solace from the game. The All Blacks ominously displayed their strength in depth. England will have watched the game with interest and should realise that Argentina, if they continue to improve in their next two matches, will be a very real threat in Japan. It will not only be France that they need to worry about in their group.

Reviewing the quality of the performances across the weekend means that, unsurprisingly, New Zealand is still the team to beat.