Argentina - Will it be the same old story? 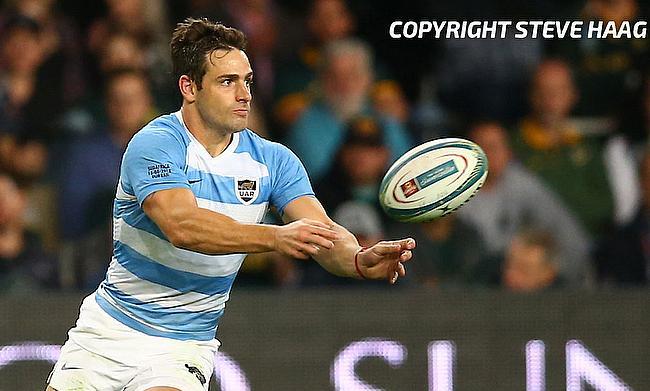 The Rugby Championship kicks off this weekend and after an Argentine franchise shone in Super Rugby this season, could the Pumas make an impact in this year's tournament?

Steve Hansen has spent a lot of time this week talking up the Pumas’ chances when the two teams meet on the opening day of the truncated Rugby Championship on Saturday. Certainly, there are equally warm and confident words emanating from Buenos Aires, but are they believable?

For all his alleged concerns, Hansen has chosen to leave behind, in NZ, several first-choice players to give them opportunity to prepare for what he sees as the stiffer challenge afforded by South Africa.

Argentina’s recent record should mean that the team should be setting itself up for a damage limitation exercise not talking about beating the world champions. Last year’s dismal record shows that the Pumas lost their bite. Losing a series at home to a young Wales side saw the resignation of the coach Daniel Hourcade and he was replaced by the charismatic Mario Ledesma. Performances certainly improved but results did not.

No doubt Ledesma, the Argentine press and their supporters are putting great store on the success of the Jaguares in the recent Super Rugby competition. Yet that thinking could well be flawed.

Argentina vs New Zealand | Last Time They Met
New Zealand travel to Buenos Aires to face Argentina in Round 1 of The Rugby Championship. Let’s recap what happened when these two met in 2018. Can @lospumas get their first win over @AllBlacks?#RugbyChampionship #TRC2019 #ARGvNZL pic.twitter.com/SgeAEHml8X

Many of the Jaguares’ better performances were achieved at home, and reaching the final was indeed a significant achievement but the Crusaders beat them comfortably. Ledesma’s squad selection reveals where he sees the need to strengthen.

In selecting the Saracens’ prop ‘Chipi’ Figallo he knows that the scrum, particularly with the new laws, needs to secure stability and he hopes that Figallo can deliver. He has chosen three other players who ply their trade in Europe. The most important is Nicolas Sanchez, the Stade Francais pivot.

Ledesma is wise to do this as the Jaguares players are very familiar to the team’s opponents. There can be no doubt that the cohesion and familiarity of so many Jaguares players will be of considerable help especially as the AB’s side will not have played together, but will that be sufficient?

The Pumas will no doubt put up a strong performance, but the set piece lacks the snap and precision of previous Puma sides.

??? "We know the core of the team [at the Rugby World Cup] will be from the Jaguares and they had an amazing Super Rugby year."

Pablo Matera will be the formidable presence in the back row but unfortunately he will spend too much of his time tackling rather than attacking and supporting his team mates. Argentina’s back play has improved immeasurably and the patterns executed by Sanchez and his comrade-in-arms, Emiliano Boffelli, can lead to spectacular scores yet they can make costly errors under pressure and composure can be lost if the scores are tight.

Ledesma’s biggest problem is trying to rediscover the hard edge to his pack in order to give his gifted threequarters the room to weave their magic. Additionally, they will need to find the motivation and technique to put the AB’s half back axis under pressure, seen as the best chance of any team getting close to beating New Zealand. The Pumas should have spent a great deal of time in camp perfecting their defensive strategy as all too often they were found wanting last season.

Argentina will be desperate to secure an unlikely victory, the momentum from which could propel them onto a great campaign in Japan. The Pumas will have needed to train well, have the confidence to stick to a pragmatic game plan and, crucially, will need the AB’s to play badly in order to win.

When the dust settles after the match, the Pumas will still be seeking answers to overcome their lack of depth, issues at the set piece and their inability to finish the opportunities they create and Hansen, on his way back to New Zealand, can begin to talk up the Springbok’s chances.