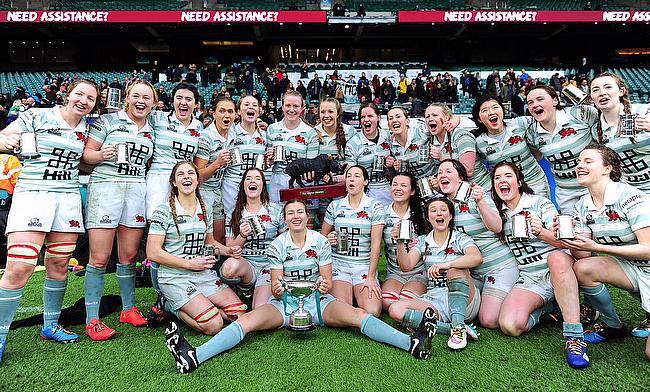 The Varsity Match and the Rugby Football Union (RFU) have agreed a new four-year deal for the historic women’s and men’s rugby fixtures between Oxford and Cambridge universities to continue to be played at Twickenham Stadium ahead of the 100th year of the match at the iconic venue.

Oxford won the inaugural Men’s Varsity Match by one goal to nil in the Parks, Oxford, on 10 February, 1872. The game is one of the world’s longest running sporting fixtures between two of the most prestigious universities in the world.

It continues to provide an unmissable day at Twickenham while the Women’s Varsity Match has become one of the biggest domestic women’s rugby matches in the UK.

Broadcast on BBC TV, the game historically is often one of the first experiences school pupils from across the country have of attending a rugby match at Twickenham, as well a festive celebration and networking event for all levels of business.

Furthermore, it is an important opportunity for the two University Rugby Clubs to reach out to schools and communities in less privileged areas and create awareness of the opportunities and education pathways open to them, through a series of events at Twickenham Stadium on match day.

Stephen Brown, RFU Chief Executive said: “We’re delighted to welcome back Oxford and Cambridge Universities to Twickenham for the men’s and women’s Varsity Matches. This is one of rugby’s oldest fixtures and we look forward to hosting this great contest for four more years.”

“As we move together into this historic period for the matches and both Oxford and Cambridge University rugby clubs, we look forward to growing and developing the event further with the RFU and our partners over the next four years and celebrating the 100th anniversary at Twickenham in 2021.”

Last year’s Varsity Matches saw a double victory for Cambridge, with the women claiming a 0-24 Light Blue triumph over Oxford before the Cambridge men secured back-to-back Varsity victories for the first time in a decade with a 10-20 win over their Dark Blue rivals to lift The Rhino Trophy.