The Rugby Championship - Team of Round 2 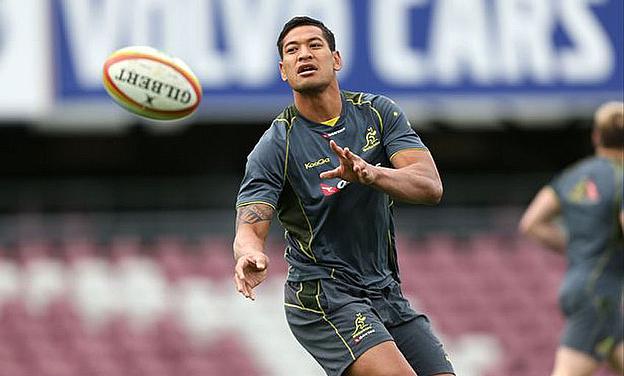 As two rounds of international rugby from the southern hemisphere have already flown by, Talking Rugby Union’s Scott Donaldson brings you the team of round 2…

Israel Folau was the pick of the second round of the 2014 Rugby Championship, according to statistics from fantasy rugby website www.testrugby.com.

Folau scored a try and was generally a threat for the Wallabies against the All Blacks despite being thrashed 51-20.

Interestingly, there was an abundance of loose forwards with plenty of Number Eights and openside flankers earning big points, but Pablo Matera was the best scoring number six, even though he didn't score heavily. Richie McCaw lost out to Micheal Hooper.

The same can be said with the outside backs, the fullbacks and left wingers were impressive, but Cornal Hendricks was the best right winger.

Aaron Cruden was impressive this round, but the best halfback was actually a reserve in Tomas Cubelli from Argentina.

The midfield and front row players generally scored lower points. The All Blacks locks were head and shoulders above their opponents.

The Rugby Championship 2014 Team of Round 2 by country:

The Rugby Championship 2014 Team of Round 2: