All Blacks run riot against Australia 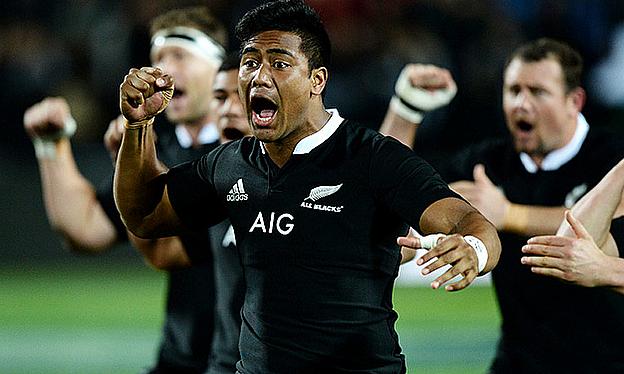 New Zealand laid down a Rugby Championship marker as they thrashed Australia 51-20 at Eden Park to retain the Bledisloe Cup.

The All Blacks missed out on what would have been a record 18th consecutive Test win as they drew 12-12 against the Wallabies last week, but they enjoyed exacting their revenge back on home soil.

Richie McCaw scored two tries while Julian Savea, Kieran Read, Steven Luatua also crashed over for the hosts, who also notched a penalty try, while Israel Folau and Michael Hooper touched down for the visitors.

It actually started well for Ewen McKenzie's side, who have not won at Eden Park for 28 years, as a lofted kick off from Kurtley Beale created a penalty opportunity as the recalled Conrad Smith strayed offside.

Beale took his chance to give the Wallabies the lead, but that just seemed to irritate their hosts who responded with a forceful black tidal wave to pen Australia back in their own 22.

They exhibited the kind of precise offloading and incisive running lines that were ruled out by bad weather last week, but ultimately they were made to settle for a penalty as Cruden levelled the score.

A further kick from the Chiefs fly-half nudged his side in front before McCaw had a mad moment and was sin binned for hands in a ruck, with Beale taking full advantage to make it 6-6.

Despite being a man down it was the All Blacks, who also had two men binned last week, that seized the initiative during this period and Cruden kept the scoreboard ticking over with another penalty.

Under mounting pressure Wallabies lock Rob Simmons was sent for a spell on the sidelines to equal the numbers and, in his absence, the All Black pack crushed Australia's scrum to earn a penalty try.

Cruden and Savea then combined to devastating effect as they ran almost the length of the field before the Hurricanes winger made it an incredible 24 tries in as many Tests. Cruden added the extras to make it 23-6 at the break.

Read's try was probably the highlight of the day as he latched on to an intelligent chip inside from Savea to finish off a fine sweeping move that had Australia scrambling from deep.

Captain McCaw more than made up for his spell in the bin with two tries in five minutes, with Cruden also completing five out of five conversion attempts, before Australia hit back with a three-minute salvo of their own.

Folau and Hooper both ran in fine efforts just after the hour-mark, with Beale adding the extras, but it was rightly the All Blacks who would have the last word.

Once again down to 14 men after Ben Franks was pinged for hands at a ruck, Luatua went over in the final minute on his home ground and Aaron Smith added the late conversion.

The result means Australia, who have not won the Bledisloe Cup since 2002, will have to wait until next year's shortened Rugby Championship for another attempt to lure the trophy across the Tasman Sea.