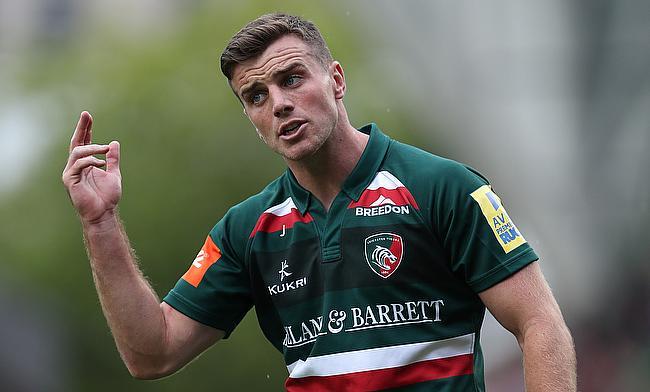 Last weekend, there was an anticipation ahead of Leicester Tigers' Challenge Cup quarter-final against Castres as the club had just beaten bitter rivals Northampton Saints to earn their second win since returning to play.

But on Saturday afternoon, as Saracens were getting stuck into Leinster, the Tigers' last eight tie was called off. Several players and one coach at Castres had tested positive for Covid-19 and the game was conceded by the French club meaning Leicester progressed.

Their opponents this weekend will be Toulon. Many comparisons can be drawn between the club from the East Midlands and the one on the French south coast. The duo, were at one stage, powerhouses in their nation as they lifted various trophies, but both sides have begun a slide down their respective league tables and the stories of a grand past are growing louder and louder.

Now in this semi-final, there is a very clear carrot available to the clubs. A victory would give either side an opportunity of winning a trophy on the continent and a potential to push on from there, but the lead up to Saturday’s game has been contrasting for both teams.

Leicester have been finishing up the 2019/20 season, accumlating seven games in just over a month, whilst Toulon have played two matches in their 2020/21 Top 14 league campaign as well as their Challenge Cup quarter-final against the Scarlets.

Director of Rugby for Leicester, Geordan Murphy, believes that a lighter workload for the French club has no particular benefit.

“There is no perfect sweet spot,” Murphy said. “We are in a situation where we were dealt our cards that said we had to play 10 Premiership matches in a short window and that was really challenging for us as a group. We made a plan to really focus on how we would grow as a team and how we would adapt as a team and that means giving some opportunities to younger players, which we have done.

?? “We’re going there to play ourselves into a final, but we’re under no illusions as to how difficult that is going to be.” https://t.co/MRv7rKZuck

“We have found out about a lot of those guys and we feel like we are on a good path here. Certainly, we have taken some steps back on occasions, but more importantly, we have taken steps forward and we were disappointed not to have been able to showcase last weekend where we are at.

“Obviously another opportunity for us this weekend and going away in Europe for a semi-final is as challenging as it gets, so it will be good for the long-term development of our players and our coaching group.”

Leicester had a fairly unimpressive restart. Losing to Exeter and Bath ahead of their 13-7 win over London Irish, the Tigers lost on three more occasions before their derby win two weekends ago.

Star fly-half George Ford has had limited game time since the resumption, only making appearances in four of Leicester’s seven fixtures, but he believes he has seen notable improvements in the squad since the 15th of August.

“I think significantly to be honest,” Ford said. "We obviously had an opportunity before we actually got playing again to get some good training in, in the clarity in the way we wanted to play, our conditioning and things like that. I think we took a step forward there.

“I think we have seen that probably more in patches rather than consistently in a full 80 minutes performance. We have seen in glimpses the way we want to play in games and how effective it can be. The key for us now is to keep slowly improving and making sure it is more consistent. It certainly feels, as a player, day in, day out, that we are getting better.”

Now 11 years into his professional career, Ford is one of the more senior players in the Tigers set-up. Watching on as many of Leicester’s young stars have pulled on the jersey, the England international is under no illusions that he is now in a leadership role and he hopes to set good standards for the players still learning the game.

“When you are in a leadership role, within a team, the very first thing you need to do is perform and prepare as well as you can yourself,” Ford said. “That is the way that you have got to be. You have got to be a role model to the rest of the team, first and foremost. If you have got that in place, then you can probably start influencing others a little bit.

“You look at some of the young lads coming through, your Dan Kelly’s and you’ve got Freddie Steward, they’re unbelievable lads in terms of wanting to learn and get better and are hungry to do so. They come to us asking questions to be honest and that’s the way it should be.

“Them lads are going to have great careers ahead of them with their attitude and they have got their feet on the ground. We are still learning ourselves, the more senior guys, but the more we can pass on what we have already learnt and that experience, the better.”