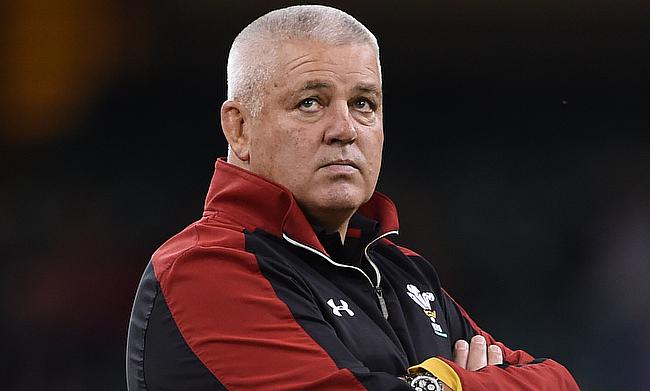 Tipuric, Ball ruled out of Wales' clash against South Africa
Bath likely to be fined for releasing Taulupe Faletau to play for Wales against South Africa
Naholo, Ioane set up 18-33 win for All Blacks over Wales
George North to leave Northampton and return home to Wales on a national dual contract
Former Wales international Mike Phillips set to come out of retirement

Scarlets centre Hadleigh Parkes is set to make his debut for Wales after he was named in the starting XV for the final game of the autumn international campaign against South Africa.

The 30-year-old, who has represented Super Rugby sides Blues, Kings and Hurricanes previously qualify to play for Wales on residency grounds. He will team up with Scott Williams in the midfield.

Wales will be without centres Owen Williams and Jamie Roberts, who have returned to their English club sides Gloucester and Harlequins, though Taulupe Faletau will be available his club Bath will have to face a fine from Premiership Rugby for releasing him outside the international window set by World Rugby.

With Rhys Webb suffering a head injury in the previous game moving to the bench, Aled Davies takes his place while Kristian Dacey and Scott Andrews will come into the front row along side Rob Evans. Second row Cory Hill takes the place of Jake Ball, who dislocated his shoulder in the game against All Blacks

“Saturday is an opportunity to continue to build on what we have done so far and round off the autumn campaign with a big performance,” said Gatland.

“We have spoken about exposing the squad to Test match rugby and this weekend is a great opportunity for Hadleigh to earn his first cap and for Aled to make his first start of the campaign.

“We have had a couple of knocks from last weekend, with Ken [Owens], Leon [Brown] and Jake [Ball] unavailable but that just provides an opportunity for Kristian, Scott and Cory to start.”