Super Rugby - Why Are Attendances Down? 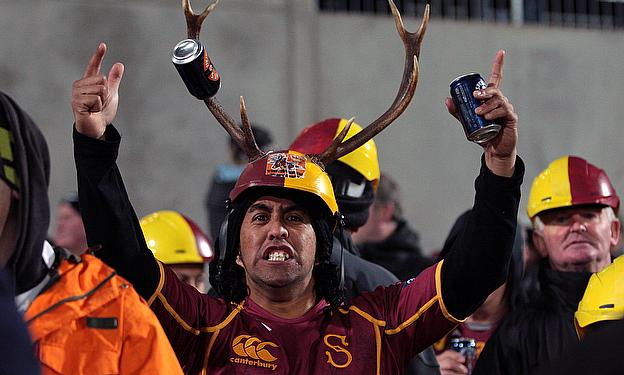 Super Rugby - Why Are Attendances Down?
©TRU

Why aren't people showing up to watch the Super Rugby 2013 finals given that it could easily be their last chance to see their team play live? Many of these reasons are related.

Interestingly it is cheaper to go to watch the New Zealand football team, the All Whites play their final qualification game for the 2014 FIFA World Cup in Wellington than it will be to see the Chiefs play the Brumbies in the Super Rugby 2013 final. Tickets for adults to both start at $40, but the most expensive tickets for the football are only $60 compared with over $100 in Hamilton.

If you take a family to the whole rugby game and buy some beverages, you are lucky to get any change out of $150. This doesn't include transport to the game or buying any supporters gear.

The football is hoping for a crowd of 35,000 in Wellington. If they were to drop the prices to matches then people would be more likely to attend. Once in the stadium, most people would buy something, so it wouldn't be a complete loss for the home union.

The Number of Games

There are so many games in Super Rugby 2013 that each game loses significance. There are 125 games over 25 weeks. While each team plays 16 regular season matches. Teams also play the other teams in their conference twice. This means each game has less significance unlike the good old times when you remember each time your team got a significant win.

Because there are so many games, the fans do get tired and save up for the important matches. The players are the same in many ways with some players taking sabbaticals counting them out of long periods of Super Rugby, while some others don't really hit top form until the later rounds. It is difficult to be at the top of your game all year round, especially when Super Rugby goes for almost six months.

Games are played at times to suit the television audience especially because SKY Television is the major sponsor of Super Rugby. It means that in New Zealand and Australia games are usually played at night time to suit the breakfast viewers in both Europe and South Africa. This means that players and fans must handle cold and dewy night time conditions. That is why more people stay at home and watch the game instead of attending. I have been guilty of that in recent times.

I was watching a rugby league match on Sunday and the quality of the game played in daytime was great. Dry and sunny conditions were great for open and expansive play. It was entertaining!

The coverage is pretty good on SKY Television in New Zealand, making it so much easier to sit at home or in a pub and watch the rugby in comfort. It is cheaper and warmer for fans and you get a far better view of the game along with commentary and more camera angles, so you can actually see what it is happening. Some channels in Australia don't screen live coverage of a sport (usually cricket) in the city it is being played unless it is a sellout. This encourages people to attend the game.

What is disturbing is that it is not just the under-performing teams who are having reduced patronage from fans. The Blues were the most improved with an 8 percent increase in fans, but all four other New Zealand teams experienced dwindling crowd numbers. Usually more fans show up if their team is winning.

We need more entertainment at New Zealand Super Rugby matches. I want to see brass bands, dancers, competitions, circus acts and musicians playing. I went to a baseball game in the USA and there was always some form of entertainment happening. I also would love to see cheerleaders (both guys and girls) who actually have some great dance moves and skills.

Why do you think crowd attendance figures are down at Super Rugby 2013?