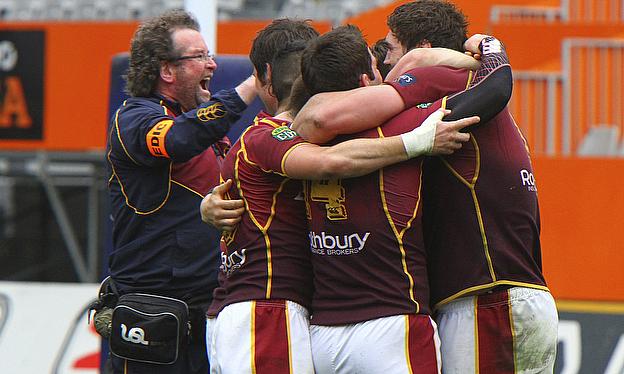 Super Rugby 2013 starts this weekend with two matches from Australia.   This round takes place to make room for the British and Irish Lions tour later on in the season.   It is always difficult to pick the winning teams initially with the underdogs punching above their weight, while the top teams like the Crusaders have traditionally not hit their straps until the tail end of the competition. Plenty will depend on the injuries and which teams have enough depth to deal with them.

From a New Zealand perspective, it will be interesting to see how some of the talented young players who performed so well in the ITM Cup, can step up.

The New Zealand TAB have released their odds and have made the Crusaders the favourites.
The New Zealand conference is the toughest with even the disappointing Blues from last season still paying $12 to win.   The inclusion of the new Kings team definitely makes the South African conference weaker than usual, even though the Lions have been disappointing recently.     Both South Africa and Australia only have three teams capable of winning their conference, while I realistically think that all five New Zealand teams could win the conference.   Because all teams play the other teams from their conference twice, this is distinct disadvantage for the New Zealand teams.
Here are the odds

The New Zealand conference
The Chiefs won the Super Rugby 2013 title, but will be without Sonny Bill Williams and try scoring machine prop Sona Taumalolo.   The Crusaders missed SBW last season and will have to do without Richie McCaw and Zac Guildford for most of this season.   These were the top two New Zealand teams last season.   The lower ranked New Zealand teams from last season look to have improved their squads with the Highlanders calling in plenty of experienced superstars in Tony Woodcock, Brad Thorn and Ma'a Nonu to help make up for the loss of their best player from the last few seasons, Adam Thomson.   The Blues have had a major shake up and I think given the quality of young players who performed so well at ITM Cup level last year, then if the experienced players like Rene Ranger, Piri Weepu, Keven Mealamu and Ali Williams can provide the glue, then this team could pose a threat.   The Hurricanes will be looking to build on their good performance last season. They have so much attacking power and I really like the look of Beauden Barrett and the Savea brothers Julian and Ardie. The Hurricanes style of play is ideal for fantasy rugby.
Here are the odds New Zealand Conference Winner
No. Selection Odds

The Australian conference gets underway this weekend.   This means managers of fantasy rugby teams will have to stack their teams with plenty of players who may not be long term options.   There have been plenty of player movement.   The lack of depth in Australian rugby is exposed when teams then have to swap around players if there is a new recruit.   In many The Force look like rubbish given they have lost both Nathan Sharpe and David Pocock.   The Rebels have an interesting squad with Scott Higginbotham adding to their handful of international quality players, while they just lack depth in other positions (especially upfront) to challenge for the title.   The Waratahs, Reds and Brumbies will all have a similar chance of winning.   It will be interesting to see if the Waratahs can actually score some tries under new coach Michael Cheika and with the help of new recruits Michael Hooper and Israel Folau.   The Brumbies hopes rest with new recruit David Pocock along with the ability of some of the newcomers from last season to continue their form with more experienced Stephen Moore and Christian Lealiifano.   The Reds will be trying to weather the storm early before relying on the return of legends like James Horwill and Will Genia who will return from injury later in the season.   Quade Cooper must step-up.
Australian Conference Winner No. Selection Odds

5 Force 20.00
South African Conference
The Stormers and Sharks are favourites to win the South African conference.   They are both genuine title contenders, but will want to be top qualifiers for the playoffs if they are to have a chance of lifting the title.   If the Stormers and Sharks can win some games on the road, they will go close to winning the title because they will be difficult to beat at home.   The Bulls will be difficult to beat at home and have a habit of picking up some massive wins at altitude, but won't have the consistency of previous years without their recently retired legends.   The Cheetahs have been a great attacking side in recent years, but disappointing on defence.   Because of their style of play, they are a great option for fantasy rugby style competitions and I enjoy watching players like Johan Goosen, Adrian Strauss, Willie Le Roux and Heinrich Brussouw.   The Kings will try, and may pick up a win or two, but will battle with the Force for the wooden spoon.
South African Conference Winner
No. Selection Odds

5 Kings 80.00
I am picking the teams to finish in this order heading into the finals, not allowing for the finals order which will see the top team from each conference make the top three.
I think the New Zealand teams are all really even and so this could be to the detriment of a home final which will make winning the competition difficult.   Will the Stormers offer enough on attack to win the Super Rugby 2013?
1- Stormers 2- Chiefs 3-Sharks 4- Crusaders 5-Waratahs 6-Highlanders 7-Brumbies 8-Hurricanes 9-Bulls 10-Blues 11-Reds 12-Cheetahs 13-Rebels 14-Force 15-Kings
Who are you picking to win Super Rugby 2013?   I think the Bulls and Reds will be disappointing, while the Waratahs, Highlanders and Blues will be the most improved teams.
I think the Stormers or the Sharks will win it in 2013.   I think the Sharks have the best chance of beating the Stormers out of anyone.   At this stage, I think the Stormers will win in the final.