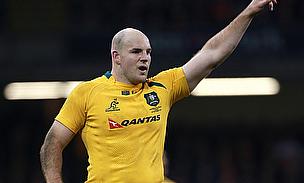 How to pick your Super 15 Rugby Dream Team?
Super 15 Fantasy Rugby Guide guide to Round 1
Fifty shades of grey: The fantasy rugby guide

The BBC reported on the safety of rugby and one piece of advice from John Mallett, Director of Rugby at Millfield School resonated this morning. He talked about all-round sports ability and cited AB de Villiers. It’s a great article and what a great one day innings it was from AB this morning in the Cricket World Cup.

For Super Rugby fans, the wait is over. Super Rugby is back, even though the Cricket World Cup is also on in both Australia and New Zealand, we also have the Six Nations.

For those in Super Rugby tipping competitions it is important to get off to a good start. The only problem is that the first few rounds are extremely difficult to predict as it is difficult to know which teams are in good form and bad form. You may think one team that lost in round 1 was in bad form, when in actual fact it might have been playing a team in amazing form.

Super 15 Rugby Round 1 2015 left a lot of people red faced with most tipsters picking between two and three winners out of seven games. That is right. If you picked over fifty percent of winners, then you did well. Hopefully things got better in Super Rugby Round 2.

This is an excerpt from The Ultimate Rugby Tipping Guide 2015

Super Rugby Round 3 will see the Waratahs have the bye, so managers of fantasy rugby games need to be careful. The Reds will welcome the cavalry with plenty of interest in the performances of James O’Connor and Adam Thomson both of whom are former fantasy rugby studs in www.testrugby.com.

There are plenty of games without a clear favourite in Super Rugby Round 3, this could cause some heartache for tipsters.

We are also naming players to watch for those playing fantasy rugby like TestRugby or join the Super Rugby Tips conference at SuperBru. It is difficult to afford a team if playing salary cap fantasy rugby, so you may have to buy bargains, but there are enough new players in Super Rugby 2015 to give you some options.

2015 seems tough to fill a squad without going over budget. The key is to sell players who have the bye straight away and buy them back early. You also need to watch for the bye, with the Waratahs who dominated Super Rugby Round 2 sitting out Round 3, while next week the Crusaders, Hurricanes and Rebels have the bye, so there isn’t much point buying players from these teams now, for one week.

The Highlanders start off Round 3 by hosting the Reds. These two teams have a history of being evenly matched with nine wins each from 18 games. There will be plenty of interest in the performances of the two Number 10s with Marty Banks replacing Lima Sopoaga and James O’Connor named to start for the Reds.

These guys are both potentially good fantasy rugby buys. There will also be plenty of interest in how former Highlander Adam Thomson goes for the Reds as he is a talented player.

The Reds were poor in their first game, but then silenced the Force in Round 2 and judging by the recent matches between these sides, this game will be closer. Both teams have a sprinkling of stars with Thomson and O’Connor joined by Will Genia and a rejuvenated Lachlan Turner.

The Highlanders having a well-balanced side featuring All Blacks Aaron Smith, Ben Smith and Malakai Fekitoa. Both sets of loose forwards are hardworking despite the absence of too many international stars.

Highlanders: Nasi Manu, Ben Smith, Malakai Fekitoa and Joe Wheeler are good fantasy players, while Tom Franklin, Waisake Nadolo, Marty Banks and Elliot Dixon could be worth a punt as other options.

These two teams are chalk and cheese with the exciting Hurricanes with a star studded backline stopping in Perth on their way back to New Zealand after two wins in South Africa for the first time since 2006, while the Force have their first home game and return home after a disappointing loss to the Reds.

The Force are probably one of the least adventurous teams in Super Rugby with a relatively underwhelming backline on paper anyway. The Force is yet to be named, with Wellington man, Alby Matthewson likely to play against his old mates. The Hurricanes will be captained by All Blacks hooker Dane Coles, while Conrad Smith takes a break.

The Hurricanes forward pack has been muscling up for a change in 2015 and if they can do the same this week, then players like Beauden Barrett, Cory Jane, Ma’a Nonu and Julian Savea can reap the rewards. The Hurricanes have a bye in Round 4, so there is little point buying their players in fantasy rugby games with limited trades.

The Hurricanes look to be a different team under new coach Chris Boyd and should win away from home for the third week in a row, but the Force are tricky to play, especially at home.

Force: (Not named yet) Junior Rasolea, Nathan Charles and the loose forwards.

The Cheetahs are coming off the bye to play the struggling Blues. The Blues has one of the best forward packs in New Zealand, but a very inexperienced backline.

The Cheetahs have an amazing knack of being in high scoring games after a 35-29 win in Round 1 over the Sharks, while the Blues have lost to the Chiefs and Stormers. This game is a great opportunity for a high scoring game between two teams who are not expected to feature in the Top Six.

The best matchup will be international players Tony Woodcock and Coenie Oosthuizen in the front row. The Cheetahs will leak some tries and so some of their backs might be worth buying in fantasy rugby games.

This game is another with both teams having a good chance of victory, but we are picking the Cheetahs at home to win a close high scoring game. Cornal Hendricks is back for the Cheetahs.

Blues coach John Kirwan will be desperate for a win after a disappointing start to the season. He has named an interesting midfield in Charles Piutau and Hamish Northcott.

The Chiefs have grinded out two wins in 2015 over the Blues and Brumbies but they will face a huge challenge against the All Blacks laden Crusaders. The Chiefs team will feature their core of All Blacks including Aaron Cruden, Liam Messam and Brodie Retallick, while Sam Cane and Sonny Bill Williams will require fitness tests this week.

The Chiefs have several injury worries and this could hamper their chances, but in true Chiefs style, they will still be tough to beat despite having 11 changes including four positional switches. Check their team list especially.

The injury to Dan Carter could have been a blessing in disguise for the Crusaders, with Colin Slade playing out of his skin in the win over the Highlanders. His head to head with Aaron Cruden will be epic. Both of them were impressive last week. The Crusaders still don’t have Kieran Read, Nemani Nadolo and the injured duo of Israel Dagg and Dan Carter, but still boast a good team.

Crusaders: Jordan Tuifua starts at Number Eight, Colin Slade, Tom Taylo, Ben Funnell and young star Scott Barrett. It must be remembered that the Crusaders have the bye next week.

The Rebels have made a brave start to 2015 and it will be interesting to see how long they can keep playing the top sides and being so competitive. They have beaten the Crusaders and lost to the Waratahs.

The Rebels have lost some players in 2015, but have also gained the likes of Mike Harris and Dominic Shipperley to boost their backline. Lots will depend on Scott Higginbotham.

The Brumbies were unlucky against the Chiefs, but should have taken some penalty shots at goal when given the opportunity. The Brumbies have a star studded backline full of Wallabies including Tevita Kuridrani, Christian Lealiifano, Henry Speight and Matt Toomua. The forwards do miss David Pocock, but Ita Vaea was good last week, while Stephen Moore and big Rory Arnold are good options for fantasy rugby managers.

The Brumbies should have too much class in the backline for the Rebels.

Rebels (not named yet): If Scott Higginbotham and Luke Jones are playing, they get around the park. Mike Harris might be a good option as a goalkicking player who is not an inside back, while Dominic Shipperley is a good try scorer if he gets a chance. Pat Leafa is a bargain priced hooker. Lopeti Timani has played well this season.

The Bulls and Sharks have been disappointing in 2015, winning only one game between them and it is hard to know how much to read into a win over the Lions.

There is an intense rivalry between these two teams with very little separating these teams head to head in Pretoria. There are some great matchups including Adriaan Strauss vs Bismarck du Plessis and Handre Pollard vs Patrick Lambie.

Can the home ground and altitude get the disappointing Bulls the victory over the Sharks? This game is very difficult to pick.

The Bulls are low on confidence and so expect the Sharks be too strong upfront and grab a narrow win.

Neither team has been named yet.

The Stormers have to win this game at home against the Lions if they are to be taken seriously in 2015.

They have had two impressive wins so far and look set to dominate the Lions who are staring down the barrel of a long season at this rate.

The Stormers join the Hurricanes and Brumbies as potential dark horses in 2015. Interestingly, the Lions won the last time these two teams met in Johannesburg, but they have not won since 2001 before then and given that the Stormers have started strong for a change and the Lions have only scored one try in two games, then it should be a relatively comfortable win for the Stormers.

Neither team has been named yet.

Who are you picking to win Super Rugby Round 3 matches?