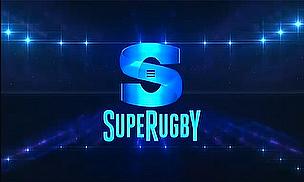 The world of sport is a multi-billion dollar industry. Yesterday the English Premier League signed a TV deal with Sky and BT valued at £5.1 billion for domestic football matches. This rates the EPL at no.2 in the world of TV rights behind the mighty NFL.

All the talk in the UK is that the NFL are about to set up a franchise in London and it was TV that got that ball rolling, when Channel 4 brought American football to an English audience in 1982.

How will rugby and cricket get in against these media giants? After all both have their world cups this year. We asked Scott Donaldson to look at Super Rugby as it kicks off alongside the Cricket World Cup but with an emphasis on the growing sport of gaming and fantasy leagues.

Super 15 Rugby 2015 is here with the slight distraction of the Cricket World Cup and Six Nations also vying for the attention of fans.  Because it is a Rugby World Cup year, it is hard to know how much to read into Super Rugby 2015.  There will be some players busting their gut to catapult their way into Rugby World Cup contention, while others will be kept in cotton wool early in the season.

Unfortunately Super Rugby threatens to have a surprise team or two progress deep into the finals, but usually the cream rises to the top.  Teams like the Crusaders, Chiefs, Waratahs, Sharks and Brumbies are all at relatively short odds to make the Top Six, but it will be interesting to see which other teams push them.

In the New Zealand conference it will be hard to beat the Crusaders and Chiefs.  The Chiefs especially have some good recruits from the strong Taranaki ITM Cup team, along with a certain Sonny Bill Williams and Hosea Gear.  The Chiefs probably have the best coaching staff in New Zealand, if not the competition.

The Crusaders will always be in contention, but it will be interesting to see how they cope without a top halfback and what will happen with the likes of Dan Carter and Ritchie McCaw.  The Crusaders do look to have recruited some more strikepower outwide to help their title bid.

The Blues have a strong looking forward pack with All Blacks galore, but their backline looks very raw and inexperienced.  For me it looks like the Top Six will be out of reach for the Blues.  It is hard to know what Sir John Kirwan can get out of his team again this season.

The Hurricanes have a star studded team, but like the Blues may not have a strong coaching staff.  It might actually be a problem having too many All Blacks with some of their stars like Ma'a Nonu having reputations for not peaking until the middle of the year, towards the end of the Super Rugby season. The Hurricanes do have the ability to make the finals, but they are inconsistent.

The Highlanders have been written off by the bookies, but people forget that Jamie Joseph's men made the Top Six in 2014.  They have a bad draw with the first round bye, and have heaps of home games at the start of the season, so they will have to start strong.  It will be interesting to see if these sleeping giants can fly under the radar again or not, but $26 is pretty good for a team that outperformed the Hurricanes and Blues last season, yet they are paying twice as much as these other two teams.

The Force performed admirably in 2014 and just missed the playoffs.  They should finish ahead of the Rebels, but will probably not make the finals.  The Rebels will struggle to avoid the wooden spoon unfortunately.

In the South African conference, the Sharks will again be favourites, while the Bulls and Stormers will be useful.  The Stormers have been disappointing recently, given their international players.  They are hard to beat, but teams manage to beat them.  The Cheetahs will score plenty of points, but need to work on their defence, while the Lions will struggle.

Super Rugby is a tough competition.  Even teams like the Lions, Rebels and Cheetahs have enough good players to be a handful, especially at home.  That is what makes Super Rugby such a great competition.

Who are you picking to win Super Rugby 2015? I am picking a Chiefs vs Waratahs final with the home team to win. It will probably be the Waratahs as they have an easier conference.
?Do you need some help?  The Ultimate Rugby Tipping Guide 2015 is an ebook featuring statistics to help with Super Rugby and Rugby World Cup competitions.