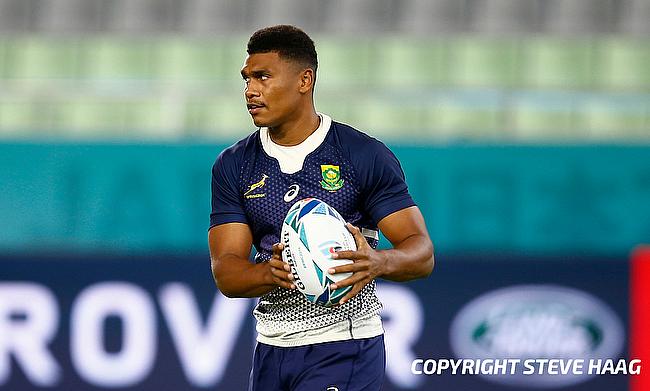 Damian Willemse is part of the winning Stormers side
©Steve Haag

Stormers scored two tries in the second half as they edged past Bulls with a 18-13 margin in Cape Town to win the inaugural United Rugby Championship.

This was the first title for Stormers, who have never won a Super Rugby title previously and suffered a defeat to Bulls in their only final appearance that came in 2010.

The Bulls got off to a flying start as Johan Grobbelaar offloaded to find Harold Vorster, who went over the line for the opening try in the second minute and Chris Smith landed the conversion to make it 0-7.

Manie Libbok was the Stormers’ hero in their 17-15 Final Four victory over Ulster last weekend, kicking the winning conversion at the death. However, he had missed all three of his attempts at goal prior to that point and pulled his first effort of the night wide of the posts in the 33rd minute on Saturday.

Libbok made amends as he landed a three-pointer at the stroke of half time as the teams completed the opening half with a 3-7 scoreline.

Smith helped Bulls off the block with an early penalty in the second half but the scores were levelled shortly as Evan Roos bounced through a tackle and stretched to touch down and Libbok kicked the conversion.

The end of the third quarter saw Stormers score their second try with this time Andre-Hugo Venter dotting down at the back of a maul but Libbok missed out on the conversion. A second penalty kick from Smith brought the gap down to two points but with no further breakthroughs the Bulls continued to be behind.

Instead, Libbok slotted a drop goal with six minutes remaining to steer them to a title win.