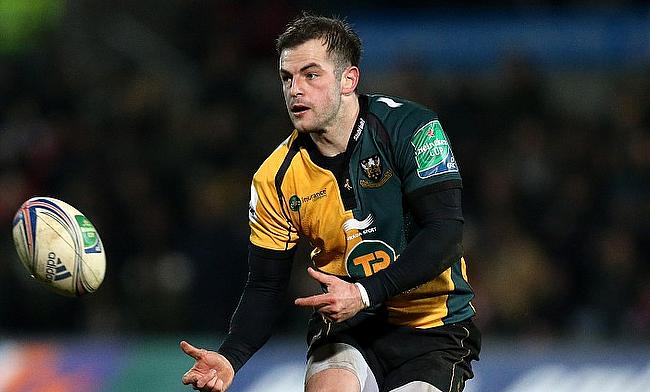 Ospreys have confirmed that fly-half Stephen Myler has signed a one-year contract extension with the Welsh regional club.

Prior to his joining with Ospreys, Myler featured for Northampton Saints between 2006 and 2018 and enjoyed Challenge Cup and Premiership wins with the club. Overall, he has amassed over 3,000 points in his career.

He also represented London Irish between 2018 and 2020 and also featured for England in a solitary Test in 2013.

“When I spoke to Toby in the summer, he outlined his plans and all of those plans are now in motion. As a squad we are making progress and I have been happy to play a part in that. It really was a no-brainer for me to re-sign and I am really happy I am staying here longer than I initially thought,” he said.

“It really was a no-brainer for me to re-sign and I am really happy I am staying here longer than I initially thought.

“I know what I can bring, have a lot of experience but I am also learning things at the Ospreys everyday. Despite the amount of time I have been in the game, it is constantly evolving all the time. You always need new challenges and new things to focus on and I have given my all to this.

“First and foremost, it’s about doing the job on the pitch, people wouldn’t listen to me if I didn’t do that. So my first focus is playing as well as I can and helping the team to function is part of my job.

“I know how important it is for younger players to have experienced players around them. I had that as a youngster and it really helped me to develop.”