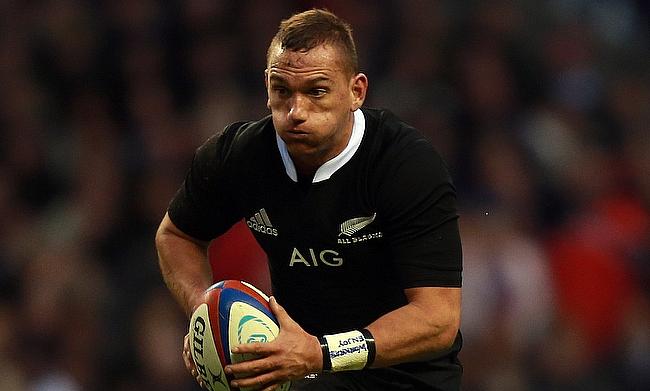 Stephen Donald will start at number 10 for the Chiefs in the absence of Aaron Cruden (pictured).
©Press Association

Former All Blacks World Cup winner Stephen Donald has been handed the reins of Chiefs captaincy for the encounter against Wales scheduled to be played in Hamilton on Tuesday.

The decision comes as a surprise as Donald has played just 35 minutes in the entire 2016 season of Super Rugby for the Chiefs and has been associated with the club in more of a mentor role than a player.

Donald, also known as 'The Beaver' was renowned for his heroics in the 2011 Rugby World Cup, where he came as a replacement for injured Aaron Cruden and scored the decisive penalty goal in All Blacks' 8-7 victory over France in the final.

As an honour to his performance in the 2011 World Cup final, his local club Waiuku renamed their home ground to Beaver Park.

He made 85 appearances for the Chiefs during his first stint with the club between 2005 and 2011 following which he represented Bath and Mitsubishi Dynaboars before returning back to Chiefs in 2016.

Apart from leading the side on Tuesday, the 32-year-old will also start at number 10 in the absence of Cruden and Damian McKenzie, who are involved with the All Blacks in the ongoing series against Wales.

Chiefs, who will perform a special Haka before kick-off on Tuesday after 20 years will be missing the services of eight All Blacks players and nearly 10 players were not available for selection due to injuries while Shaun Stevenson is competing in the World Rugby U20 Championship.

Following their 39-21 defeat against the All Blacks in Auckland in the opening game, Wales will be keen to regain some momentum before they head to Wellington for the second Test of the series.