Springboks shuffle their side for Scotland 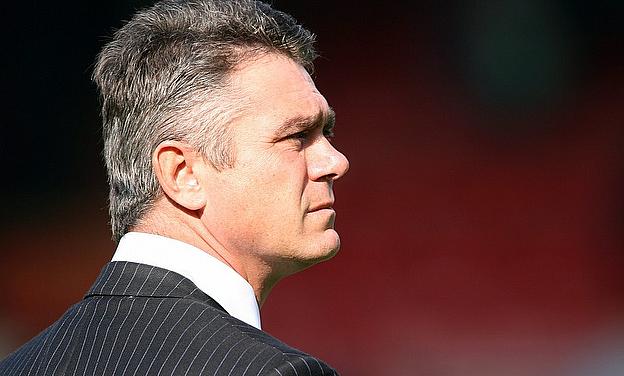 Heyneke Meyer has made some uncapped changes
©PA

Scotland are going to be facing a much-changed South African side in Port Elizabeth on Saturday.

The Springboks are ready to cap five players against them, including Handre Pollard, the fly-half who captained the Under-20 side in the Junior World Championships last week, who makes it straight into the starting XV.

The starting side shows six changes from the team that was lucky to beat Wales 31-30 last weekend. With another seven fresh faces on the bench compared to last week, only 10 of the match-day 23 survive from one match to the next.

With both sides badly affected by the refusal of clubs in England and France to release players for the game, it was inevitable that they were going to have a different look to them.

In South Africa's case, seven players have had to head back to Europe and they also picked up injuries; Tendai Mtawarira, Flip van der Merwe, Willem Alberts and Johan Goosen were all added to the already long injury list during the clash with Wales.

It does give Heyneke Meyer, the Springbok coach, the chance he has been waiting for to cap Pollard, who he says he first spotted as a 16-year-old.

"We have three fly halves injured but I also have a lot of confidence in Pollard," Meyer said.

"You look at the best fly halves in the world and they have all started at the ages of 20 to 21 and he is very mature for his years."

Elsewhere there is also a debut cap for Look de Jager in the second row partnering Victor Matfield who will be winning his 113th cap.

The Scots are, however, are simply not buying the idea that this is a weak Springbok side that hands them a golden opportunity to grab the fist Scottish win over the Springboks in South Africa.

"You have the guys who are there usually and then add the guys who come in, want to prove themselves and are just as hungry. There are a lot of good players in South Africa," pointed out Tim Swinson, the lock who made his Test debut in the same match last year.

"The Springboks are a physical side and if you don't match that, it will be a tough day at the office for you."

What Scotland have done is watch back video of how Wales nearly beat South Africa last week and remembering how they did a similar job of matching the Springboks at their own game a year ago see signs of hope.

"One thing that was very similar between those two games is that two teams matched them physically for the time they were involved in the game. It is something that we have been focusing to bring to the weekend," Swinson added.