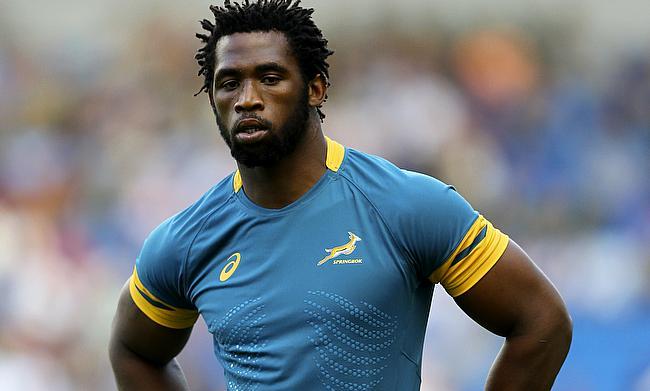 The Springboks have added to their Rugby World Cup win with a series win over the British and Irish Lions on home soil.

Leaving it late in Cape Town, much like in 2009 it was the boot of Morne Steyn that handed the win to the Springboks, his late penalties completing their comeback after losing the first Test.

Joe Harvey watched on for TRU…

Within minutes, the intentions of each side became clear. Upon winning a penalty in the opening exchanges, Alun Wyn Jones pointed to the posts, Dan Biggar stepping up to take what could have been a rare shot for points. Missed. But their stall had been set.

Undeterred by their slow start, the Boks kept the ball, eventually leading to a penalty on the 11-minute mark that Handre Pollard struck over.

It has a particularly expensive period for Warren Gatland’s Lions, with Dan Biggar forced off the field with a knee injury, Finn Russell introduced for his first game in five weeks. No pressure then.

Straight into the fray, Russell levelled the scores with a penalty of his own, the Lions scrum gaining an early advantage. It was then the turn of the maul to impress, Ken Owens latching on at the end of a driving lineout to score the game’s opening try, Russell converting after having nudged the ball into the corner to set-up the score.

With the first half approaching its conclusion, Pollard kicked another penalty, but it was the Lions who ended the half strongest. Winning several penalties, they made camp five meters out, winning a penalty on the ground and then at the scrum before holding on too long for Mathieu Raynal’s liking, allowing for the Springboks to clear.

After a brief check with the TMO following a potentially dangerous cleanout by Jasper Wiese that occurred following the resulting maul, the Lions went into the break with a four point lead, the game, and series, very much in the balance at Cape Town Stadium.

Chasing the game, it was the Boks who began making their presence known in this game. Building phases in Lions territory, Handre Pollard eventually opted to kick such was the quality of the defending team, that kick knocked down by the red tide.

Eventually the pressure told, with Tom Curry penalised for not leaving the ruck quickly enough, Pollard striking the ball against the woodwork to let the Tourists off the hook.

Finn Russell had a similar experience not long after, the Scotland international planting a high challenge on Cheslin Kolbe, Raynal only giving a penalty for the incident as the wing was slipping into contact.

Pollard missed the subsequent kick, but had the tee on the field again some moments later. It was thanks to Kolbe’s try in the 57th minute, the Toulouse man evading Liam Williams and Luke Cowan-Dickie, following the break from Lukhanyo Am and Willie le Roux.

Following Jasper Wiese’s late charge on Russell, the fly-half equalised the scores, an act that would be overshadowed soon after. Just as he had done in 2009, Morne Steyn knocked the ball over from range to begin breaking the hearts of Lions supporters.

Congratulations to South Africa who have won the #CastleLionsSeries.

Turning down the opportunity to level things again, the Lions instead kicked to the corner, the resulting maul and phases taking the visitors over the whitewash only to be held up.

A technical infringement at the resulting scrum meant that the Boks took all the pressure off themselves, Steyn hoofing the ball well over halfway.

Each play had added meaning, so when the Boks infringed at the ruck the Lions decided to level things up with the wind in their sails thanks to energetic bursts from Sam Simmonds and Robbie Henshaw.

But that feeling of heartbreak began to emerge again, with Steyn again emphatically giving his team the lead. Allowing the Lions to have a scrum with two seconds left on the clock, there were plenty of nervous South Africans as the set-piece was set up, that emotion replaced quickly by jubilation with a penalty, Steyn ending proceedings.