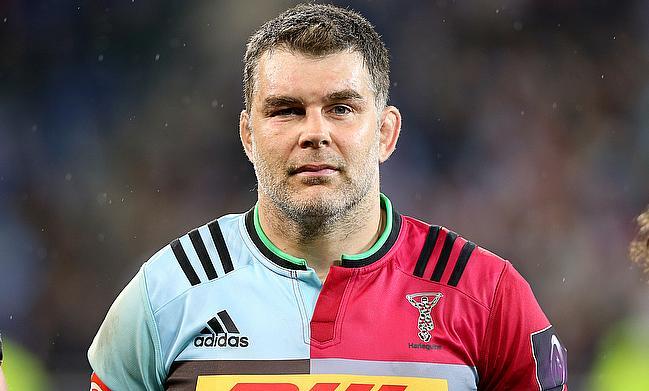 As much as Nick Easter represented Harlequins and England, there is far more to him than that.

With a South African mother, as well as a grandfather who pulled on the Springbok jersey, Easter has an in-depth knowledge of rugby in the country, a knowledge that has only deepened thanks to a two-year spell with the Sharks in Durban.

Having departed the country in 2020 in order to link up with former Harlequins’ coach, Dean Richards, at Newcastle Falcons the 42-year-old has watched this British and Irish Lions tour from afar with great intrigue.

There is an interest in both camps, having played with and against plenty of this current crop of Lions, but also having got to know several of the men that proudly represent South Africa.

It was with the Sharks that Easter first came across the likes of Lukhanyo Am, Thomas du Toit, Makazole Mapimpi and Sbu Nkosi, who would all a year later becoming Rugby World Cup winners.

Two of those men will once more be hoping to have influences on proceedings at Cape Town Stadium on Saturday, with Am and Mapimpi remaining ever-present for Jacques Nienaber and Rassie Erasmus this Test series, as well as in the successful Rugby World Cup campaign.

Having got to know the two players whilst running their province’s defence, Easter is full of praise for the Boks players.

“He (Am) is an outstanding player,” Easter said. “Excellent skillset across the board, you probably see more of him from a defensive point of view in his partnership with (Damian) De Allende, with how well it works.

“But he has got some lovely touches and pace and ability to attack, but sadly in this series you haven’t seen much of that, just because of what is at stake and the negative type of rugby being played.

“As a character, the guy is extremely humble. He, along with Mapimpi, come from very, very tough backgrounds, with family members killed when they were younger, trekking for kilometres just to go to rugby training when they were in their early teens. 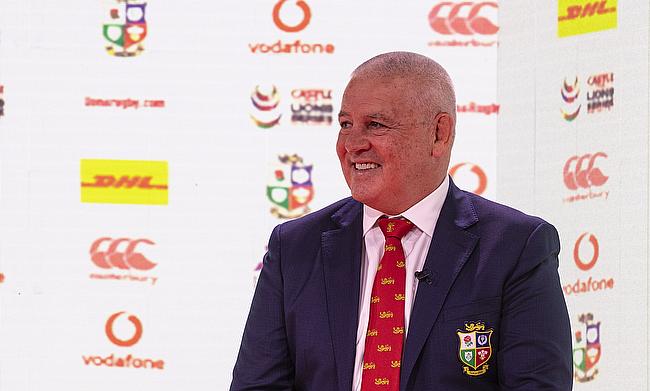 Each of the Sharks men have thrived for the Springboks, Am even getting the opportunity to captain his country under the guise of South Africa A, his importance to Nienabar never more prominent.

Last week, the Boks’ 27-9 win over the Lions last weekend had a build-up like little other. Starting with the suggestion that Erasmus retweeted a Twitter account that is believed to be his own, as well as a one-hour long video where the Director of Rugby ran through the refereeing mistakes by Nic Berry in the first Test, Easter says that all Erasmus did was justified given the end result.

“I have got a good affiliation for the country, so when I say this, I say it with the kindest of hearts,” Easter said, “they do just see things from a South African point of view.

“When the Boks are doing well, everything that South Africa do is the way to do it and I suppose you have seen that with the way that Rassie Erasmus conducted himself last week, which certainly wasn’t within the spirit of the game, but needs must.

“A Lions series only comes around once every 12 years and he felt hard done by in the first Test, my point being is that he was criticised throughout the world of rugby, but as far as South Africans are concerned, he walks on water. Ultimately, it ended up being a great team talk.

“It is a regularly used formula by confident coaches who understand their role. The players then get on with their work, on the training field, off the training field and if they read the papers, it is just about the Director of Rugby.

“It’s better than reading the paper and there either being expectation or criticism of them, so they can just focus on the job in hand.”

Warren Gatland has made six changes to the Lions starting line-up, with Josh Adams, Bundee Aki and Wyn Jones making their Test debuts, whilst Liam Williams, Ali Price and Ken Owens also make appearances in the starting side. On the bench, Adam Beard, Sam Simmonds and Finn Russell are all in line for their first appearances of the Test series, with it all on the line tomorrow night. 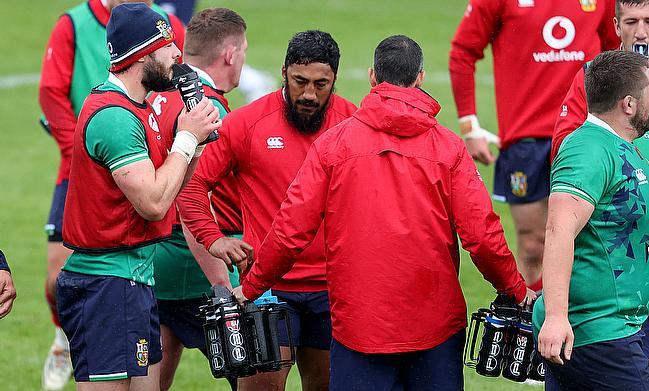 Gatlands’ selections mean that there will not have been a consistent centre partnership throughout the series, with Henshaw maintaining his place throughout and combining with Elliot Daly and Chris Harris. Adams, for many, was a certainty to gain a Test cap from the very first game, his form for the Lions nothing short of stunning and will no doubt ask questions of South Africa’s defence.

Having had something of an easy ride in their warm-up fixtures, Easter sees similarities to previous Lions tours in South Africa and believes the tourist can take advantage of their hosts.

“Their (South Africa’s) defence is very aggressive, but they leave a lot of room on the edges,” Easter explained. “It is one thing trying to expose it when it is coming down so hard under that sort of pressure.

“If you look at the way they played in their provincial games, you could see the type of rugby that Gregor Townsend was trying to implement by keeping the ball alive and offloading to find that edge and we just haven’t seen that in the Test series.

“To be honest, in ’97, it was pretty much the same. They were playing a lot of good rugby and then the Test series was a lot tighter. That is Test match rugby, but when Dan Biggar passes the ball three times at 10 last week, there is absolutely no sign of trying to break them down.

Gatland described tomorrow’s game as a ‘cup final’ following the loss last weekend, the 57-year-old needing a win to become the most successful Lions coach of all time. But, for the Boks, a win on Saturday will underline the once in a lifetime opportunity to take on the Lions on home soil.

South Africa have had to make changes too, Lood de Jager’s inclusion in the second-row meaning that Franco Mostert will start in the back-row in place of the injured Pieter-Steph du Toit and former Northampton Saints scrum-half Cobus Reinach is in for Faf de Klerk.

As a result, it is up in the air as to who could take the series win, Newcastle’s Easter ultimately believing that the game will follow the same pattern as the same two before.

“I always said at the start that I thought the Boks would win the third Test,” Easter said. “Because, they would have had two Test matches and their match fitness would have got better and better. The Lions’ advantage was definitely in the first Test, which was sown with their match sharpness.

“It all comes down to how the lions regroup from their end, in terms of what was taken out of them in the second half last week and the fact they have been away from their families, in a bubble, in a hotel and it hasn’t been a normal tour where you could escape.

“You can get a little bit of cabin fever, but from an emotional level, the Boks would have put a lot into last week because it was do or die. What is significant, from a player point of view, is that Faf de Klerk, Pieter-Steph du Toit and Duane Vermeulen are all out, which is a lot of firepower missing for this game.

“In the selections, they have gone for Mostert to make up for Pieter-Steph, in terms of size and lineout, it leaves them a little short at the breakdown. I know South Africa got the best of the breakdown last week, but I think the Lions will target that this week. As we have seen, it is whoever wins the second half wins the game.”