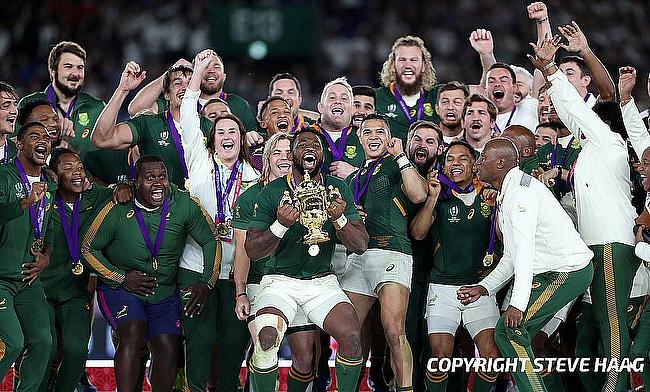 South Africa skipper Siya Kolisi is confident of his side's tactics as they take on the British and Irish Lions in the third and deciding game to be played at Cape Town Stadium on Saturday.

The second Test between the Springboks and Lions was criticised by Ian Foster describing it as a two-hour ‘slugfest’ dominated by kicking contests while former South Africa coach Peter de Villiers and former Wales star Jonathan Davies also joined the criticism.

Nevertheless, Kolisi, who led South Africa to a World Cup triumph in 2019 defended their strategy and said they are unfazed by the changes Lions made ahead of the final game.

“For us, nothing changes. Our game plan doesn’t change. We focus on what we do. Everybody knows how we play – I don’t think that’s going to change at all. So, there are no changes from our side – we will still play the same way we did last week,” Kolisi said ahead of the game.

“We play what’s in front of us. So, whatever’s happening in the game, we will be involved. So, set-piece is a set-piece, and even if there are niggles, we will get involved. We can’t leave a man behind – that’s just our system, and that’s what we believe in.

“To be honest, the on-field stuff is what I care about. There is enough responsibility in me performing and us as a team performing that I can’t worry too much about what’s happening off the field.

“We are still playing the same way we did – that’s who we are. We can’t run away from that. We’re South Africans. It works for us. It’s like us going and looking at another team that’s winning, but we’re complaining about how they are playing. I can’t do that – they are winning. We can’t change who we are.”

Following a 17-22 defeat in the opening game against the Lions, South Africa bounced back in the second Test with a 27-9 triumph to level the series 1-1.